The federal opposition will seek to capitalise on healthcare shortcomings highlighted by the deadly COVID-19 pandemic as leader Anthony Albanese works to get his campaign back on track.

After failing to know key economic markers on the first day of the campaign, the Opposition Leader has vowed to “shake it off”.

He will use a campaign stop in Melbourne to announce a new policy for urgent care clinics, which are aimed at taking the pressure off hospital emergency departments.

Mr Albanese has sought to make health care a central issue in his bid to lead Labor back to government, having earlier announced wide-sweeping plans for the aged care sector.

If elected, Labor is promising to fund 50 centres, with treatment to be bulk-billed, at a cost of $135 million over four years.

The clinics will be based at GP surgeries and community health centres in at least 50 locations across Australia and will be open seven days a week from 8am to 10pm.

They will treat non-life-threatening injuries such as sprains, broken bones, wounds, minor ear and eye problems and minor burns.

In a statement, Mr Albanese said the trial would be based on international models like that in New Zealand, which has one of the lowest rates of emergency-department attendance in the developed world.

“Labor’s Medicare Urgent Care Clinics will mean more families will get top quality care from a nurse or a doctor without having to wait in a hospital emergency department,” he said.

“These clinics are a key part of Labor’s plan to strengthen Medicare by making it easier to see a doctor.”

Catch up on the main federal election news from Tuesday, April 12 with a look back at our blog

According to the latest report from the Australian Institute of Health and Welfare (AIHW), patients are staying longer in emergency departments and waiting longer to be seen.

The report found in 2020–21, the number of presentations to emergency departments increased 6.9 per cent compared to 2019–20, despite ongoing restrictions to health care due to the ongoing COVID-19 pandemic.

The average time a patient stays in emergency has increased by an hour since 2016-17.

Greens leader Adam Bandt will also use a National Press Club address today to launch his party’s policy of getting dental services into Medicare.

Under the plan, everyone entitled to Medicare would be able to get dental care, including oral surgeries and orthodontic treatment.

The policy has been costed by the parliamentary budget office and comes in at $8 billion a year, or $77.6 billion over the next decade.

In a statement, Mr Bandt said the Greens would introduce a tax on billionaires to pay for the policy.

“The Greens will make Clive Palmer pay more tax so you can fix your teeth.”

The Greens are hoping to increase their Senate team from nine to 12 senators and believe they could hold the balance of power in the upper house.

Catch up on today’s stories 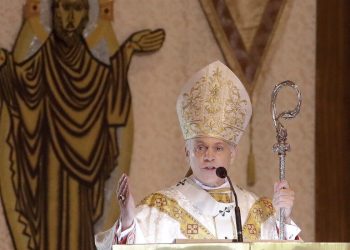