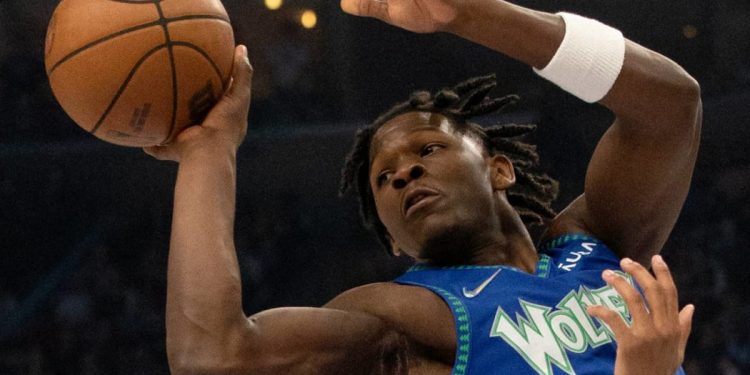 Anthony Edwards’ second-year ascension continued in a big way Saturday as the former No. 1 overall pick erupted for 36 points in the Timberwolves’ Game 1 win over the Grizzlies.

After leading Minnesota to an impressive series-opening victory, Edwards, who has scored a combined 115 points in four career road games in Memphis, revealed a possible reason behind why he continues to show out in games played inside FedEx Forum.

“Because they talk so much trash. Even the kids,” said Edwards on why he enjoys the city, per The Athletic’s Jon Krawczynski. “The kids was the worst ones. Even 8 years old, 10 years old, ‘Anthony go sit down! You suck!’ It’s just fun. Basketball is fun to me. I love it.”

Edwards’s performance marked yet another impressive showing for the young star in Minnesota’s trips to Memphis after combining for 57 points in the team’s two regular season losses to its first-round opponent. He also scored 22 points in a road loss last season.

ln addition to guiding the T-Wolves to their first road win against the Grizzlies since his arrival, Edwards made franchise history by setting a new playoff scoring record in a debut. His 36 points passed a mark set by Stephon Marbury when he scored 28 in 1997.

With six 20-plus point performances in the last nine games under his belt, Edwards will look to continue his tear in front of the Grizzlies faithful in Game 2 on Tuesday night.

The Spectrum wasn’t just a computer – it was a family

The Spectrum wasn’t just a computer - it was a family