Anthony Levandowski pleads not guilty to charges of Google trade theft and is released, with an ankle monitor, after posting $2 million bond (GOOG, GOOGL, UBER) 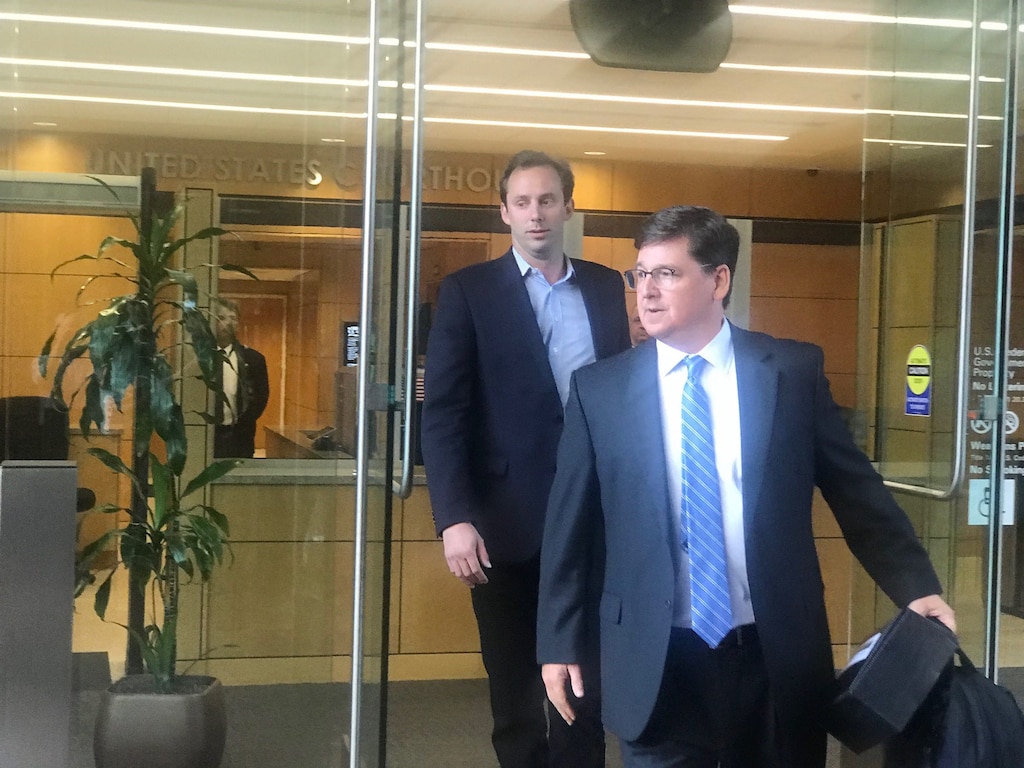 SAN JOSE — Anthony Levandowski, the self-driving car technologist at the center of a now-settled dispute between Google and Uber, pleaded not guilty Tuesday afternoon to charges that he stole trade secrets and attempted to steal others.

Appearing in federal court here for his arraignment following his indictment by federal prosecutors earlier in the day, Levandowski, 39, was mostly expressionless and said little, letting his attorneys speak for him. Dressed in a dark blue suit with sneakers and no tie, the tall Levandowski towered over his own attorneys and government prosecutors.

Most of the proceeding was taken up with a discussion over terms under which he would be released until his trial. After hearing arguments from both sides, Magistrate Judge Nathanael Cousins set his secured bond a $2 million.

Government prosecutors argued that Levandowski is a flight risk because of his wealth and his dual US-French citizenship. His attorney, Ismael Ramsey, argued he wasn’t, stressing the fact that Levandowski voluntarily attempted to surrender himself to US Marshalls at the San Francisco federal building last week after suspecting a warrant had already been filed for his arrest.

Federal prosecutors earlier on Tuesday indicted Levandowski on 33 counts of theft and attempted theft of trade secrets. If convicted, he could face up to 10 years in prison and a $250,000 fine for each violation, prosecutors said.

The US Attorney for the Northern District of California said Levandowski was accused of stealing roughly 14,000 “engineering, manufacturing, and business files” from Google’s self-driving-car unit, later rebranded as Waymo, when he resigned without notice in January 2016 to found a company called Otto, which would later be acquired by Uber.

The next hearing in the case will be held at the federal courthouse here on September 4. Levandowski will have to wear a location monitor on his ankle until then as part of the terms of his release and will be barred from going near any airports.

Miller along with Levandowski’s father, stepmother and brother attended the hearing. Miller and his parents got up in front of the court to affirm that they would post the equity on their houses to assure that he would attend his court dates.

Coco Gauff battles her way into Round 2