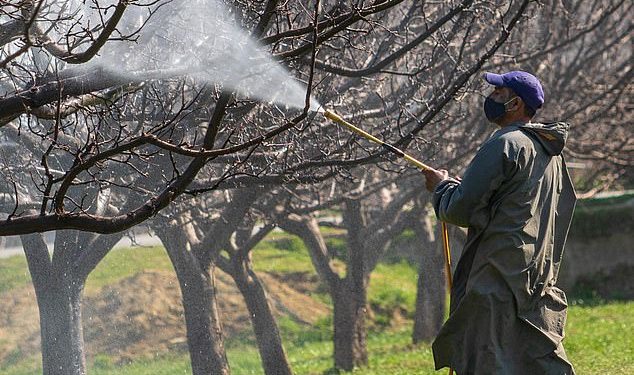 
A potentially deadly yeast pathogen is being fueled by some anti-fungus chemicals used on fruits while they are being grown.

C. auris was discovered in 2009, and can be incredible dangerous for immunocompromised people who come into contact with it.

While the fungus does not harm a majority of people who come in contact with it, those who develop a fungal infection have little options for treatment, as some cases are resistant to all known drugs.

The fungus has recently been found in fruits grown or sold in India in 2020 and 2021, as the infection reemerges. 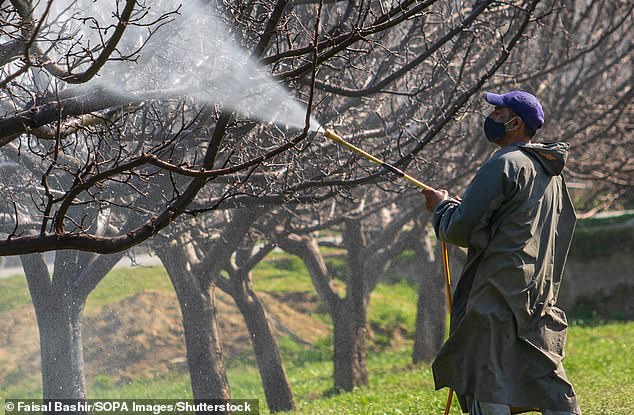 Researchers from India warn that the use of anti-fungal treatment on fruit, especially apples, could be causing the growth of a potentially dangerous fungal infection called C. auris. Pictured: A man sprays an apple orchard with pesticides in Srinagar, Kashmir, India

Researchers from the University of New Delhi, conducted an experiment, published last month in mBio, where they tested the surface of 84 fruits for the infectious fungus.

Of the fruit used in the study, 62 were apples, and the fruit were sourced from either orchards in the New Delhi region or from markets in the nation’s capital city.

Researchers found that every single one of the fruits was the host of at least one type of yeast.

Eight of the apples, or 13 percent, included in the study were found to have strains of C. auris fungus that would be resistant to common anti-fungal drugs.

All of them had been placed in some sort of storage between the time of purchase of picking from the orchard and the study being performed.

They believe that the anti-fungal treatments being used an apples grown on commercial orchards are helping to contribute to the rise of these resistant fungus.

Like other pathogens, these fungi evolve over time, and through these evolutions will build resistances to treatments.

As these fruits are doused in anti-fungus treatments, almost all of the pathogen is killed.

The small remaining portions, though, and will begin to mutate in ways that help it survive the anti-fungal chemicals.

In the process, it also begins to pick up traits that make it more likely to survive known treatment for infections available to humans.

‘High levels of antifungal resistance are common among these environmental isolates from apples,’ researchers wrote.

‘The results expand our understanding of the ecology of C. auris and should help develop a better strategy to minimize the spread of this multidrug-resistant fungal pathogen.’ 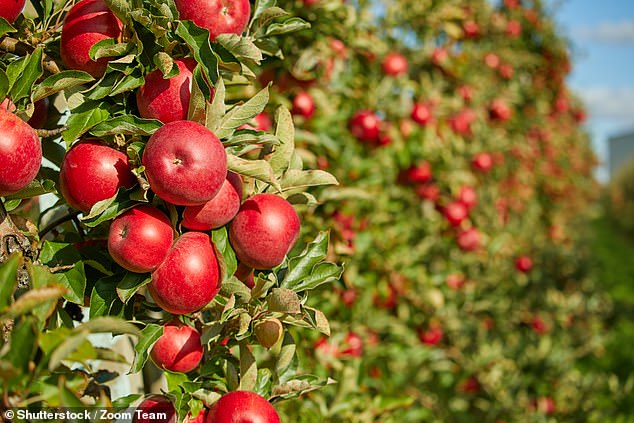 While C. auris is known to form on apples produced in India, researchers fear that it is on fruit all around the world and that gathering data on the pathogen is currently impossible (file photo)

While none of the fruits in the Indian study were found to have C. auris, researchers write that the presence of other fungus opens the possibility, and that their findings are not at all shocking.

The successful isolation of C. auris from apple surfaces is not surprising,’ researchers wrote.

‘Ecologically, yeasts are broadly distributed. Candida auris belongs to the clade of the Metschnikowiaceae family, a group of yeasts isolated principally from nonhuman sources such as plants (both living and dead) and marine environments.

Exactly how prevalent the fungal virus is among fruits is hard to determine, as it is so wide spread and likely in so many places that experts currently do not have the tools to accurately track it.

This is a grave concern for infectious disease experts, though. The Centers for Disease Control and Prevention considers C. auris as a pathogen that is an urgent threat to public health.

Inability to gather and properly track data on the number of people it infects makes it near impossible to perform surveillance.

A majority of people infected also do not feel symptoms, which on one hand is good, but it also means that people can be carrying a dangerous disease without any way to know. 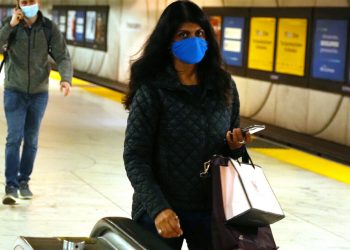 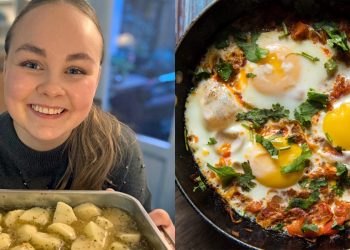 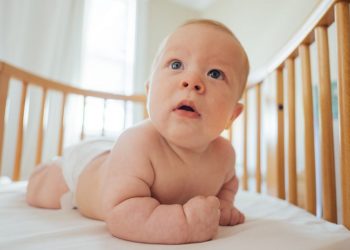 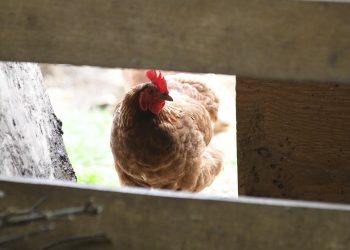 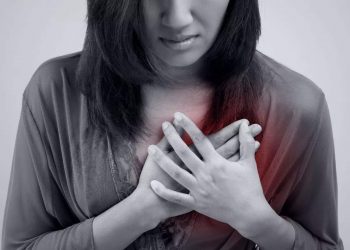