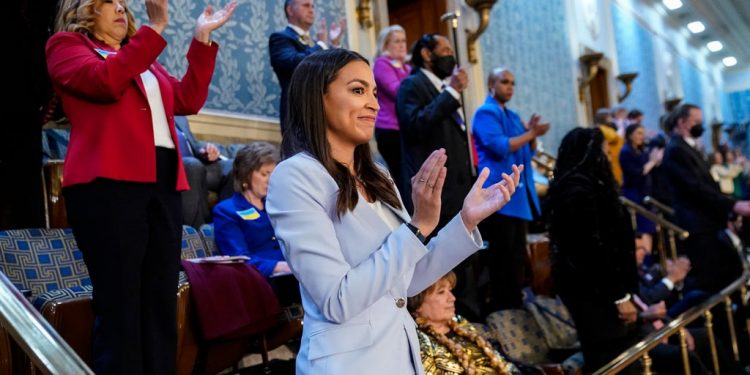 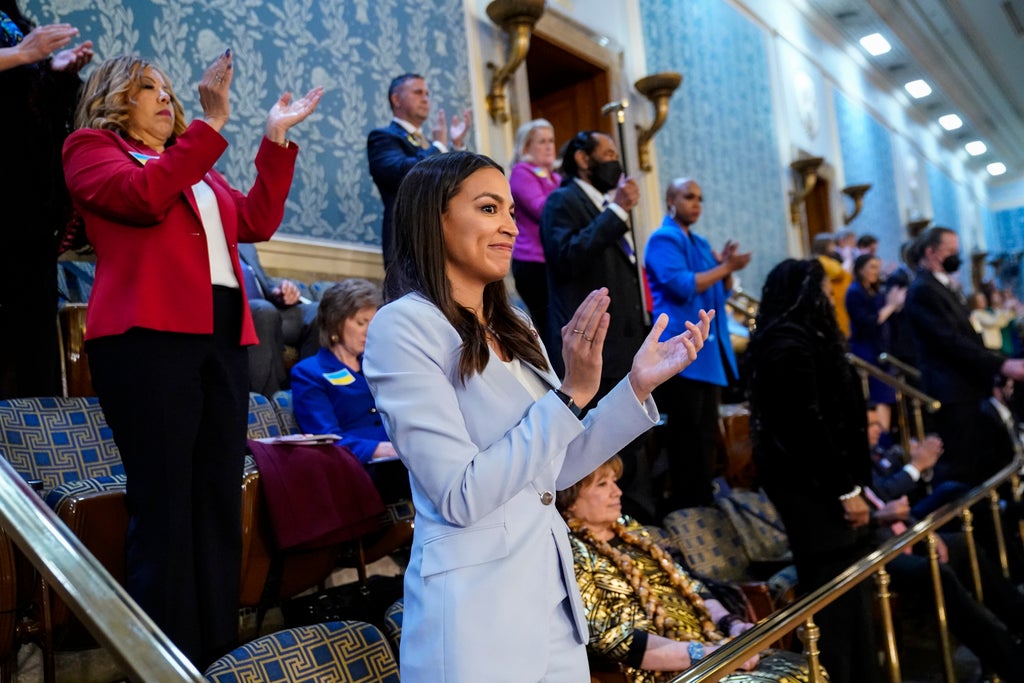 US progressive Representative Alexandria Ocasio-Cortez said she did not think that Republican attempts to include an amendment about immigration would stymie a Covid relief bill.

Republican Senators objected to the Biden administration rescinding Title 42, a Trump-era policy that largely blocked asylum seekers from the US-Mexico border during the Covid-19 pandemic. Senate Minority Leader Mitch McConnell said there would need to be an amendment on Title 42 in order for legislation to move forward.

But the New York Democrat said she was confident this would not end up in the final legislation, citing the words of West Virginia Democratic Senator Joe Manchin, often the target for Ms Ocasio-Cortez’s criticism.

“I don’t think that that’s even going to pass the Senate because Manchin said himself he’s not going to allow that to hold all of Covid relief,” she told The Independent.

Mr Manchin had told a reporter for Bloomberg Government, “I’m not going to hold Covid relief up and the well-being of the citizens of the United States on policy” on Tuesday in response to Republican attempts to put a provision on Title 42 into the package.

Ms Ocasio-Cortez said the House will address that question when the legislation comes to the lower chamber. But she also praised the Biden administration for its action. She also said she was not worried about Republican, and even Democratic, objections to the White House rolling back Title 42.

“Am I concerned about it? You know, no. I think it comes with the territory but it’s something that needed to be done,” she said.

But Representative Pramila Jayapal, the chairwoman of the Congressional Progressive Caucus, said the caucus would not vote for the package if it included a provision on Title 42.

“No, that wouldn’t pass in the House,” she told The Independent. “Title 42, it’s for health purposes, it has not been used appropriately and it’s good that it’s ended.”

Republicans vocally criticised the rollback of Title 42. GOP Senator Susan Collins of Maine criticised the administration for wanting to keep mandates in place while ending the enforcement at the border, which according to human rights organisation Washington Office on Latin America, led to the expulsion of 14,000 Haitians.

“The administration is requiring people to wear masks on trains and planes, but it’s declaring the public emergency over when it comes to an out-of-control southern border,” Ms Collins told reporters. “I think there’s widespread bipartisan support on retaining Title 42 and it’s important to get a vote on it.”

Ms Collins said she thought it was entirely possible that a Title 42 amendment could pass in the Senate, noting how many objected.

“I think even more would join in the vote,” she said. “There’s just no public health rationale for it.”

Republican Senator Rob Portman of Ohio did not think that a deal could happen this week.

“I’m pessimistic from what happened yesterday,” he told The Independent. “I wish that we had a discussion about it and how to come up with some amendments.”

He added that he thought that an amendment would pass given his conversations with other senators.

But Democrats who are in tough reelection races also criticised the White House for rolling back the policy.

“Because we don’t have a detailed plan,” Senator Catherine Cortez Masto of Nevada, the sole Latina in the Senate, said about her criticism of the administration. When asked what she wanted to see from the White House, she said, a “detail about how they’re going to plan for a potential surge that should come at the border.”

At the same time, Ms Cortez Masto did not comment on whether she would vote on an amendment on Title 42.

“Not going to speculate on any law that I haven’t seen yet,” she said. “It shouldn’t have any amendments. I don’t think there should be any poison pills. We should move forward with a Covid package that is going to really prepare us to address any potential surge from a variant, the therapeutics that we need and the vaccines and prevention.”

But Democratic Senator Chris Murphy of Connecticut said the two things were unrelated.

“What does it have to do the Covid relief package,” he said. “I don’t really understand why they would want to delay Covid relief over some politica gotcha effort. Let’s get this bill done. There’s plenty of time for us to fight over immigration. That is a evergreen issue for us to political conflict over.”