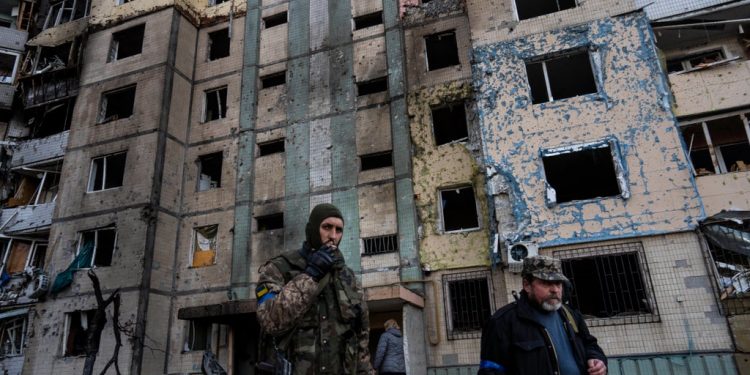 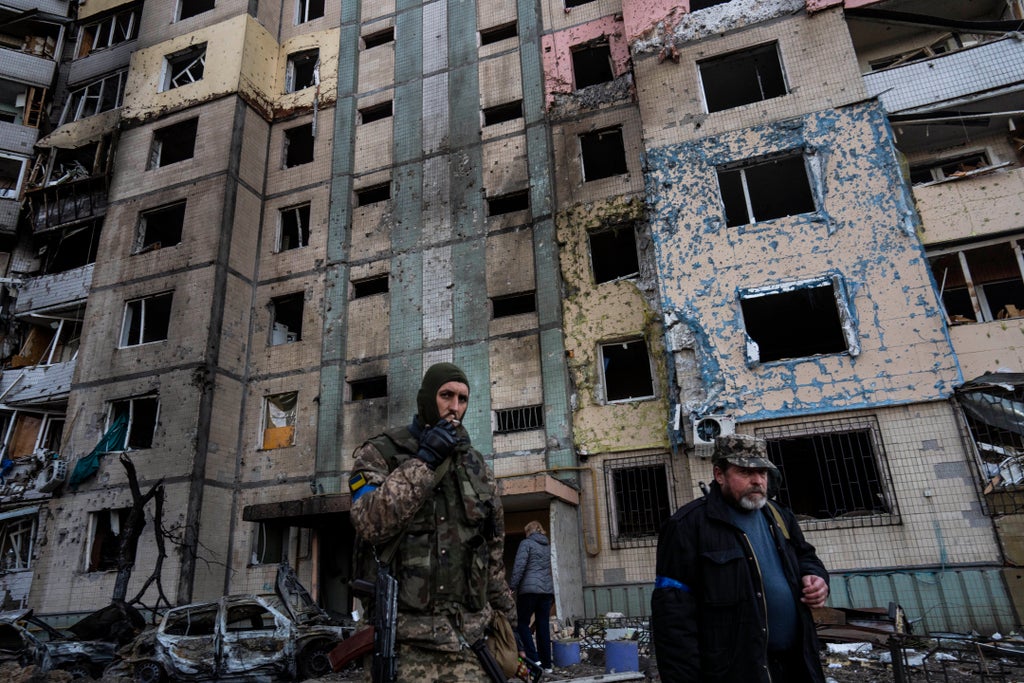 RUSSIA-UKRAINE-WAR — As it continued its barrage of the besieged city of Mariupol, Russia demanded that Ukrainians put down their arms and raise white flags in exchange for safe passage out of town. Ukraine angrily rejected the offer, which came hours after officials said Russian forces had bombed an art school that was sheltering some 400 people. Three weeks into the invasion, many see the conflict shifting to a war of attrition, with bogged down Russian forces launching long-range rockets as Ukrainian forces carry out hit-and-run attacks. Analysts warn a stalemate could be even deadlier. By Cara Anna. SENT: 950 words, photos, videos. With RUSSIA-UKRAINE-WAR-THE LATEST; RUSSIA-UKRAINE-WAR-THINGS TO KNOW.

RUSSIA-UKRAINE-WAR-BIDEN — President Joe Biden has added a stop in Poland to his trip this week to Europe for urgent talks with NATO and European allies, as Russian forces concentrate their fire upon cities and trapped civilians in a nearly month-old invasion of Ukraine. By Colleen Long and Ellen Knickmeyer. SENT: 850 words, photos. For full coverage.

SUPREME COURT-NOMINATION — The Senate Judiciary Committee is beginning historic confirmation hearings for Judge Ketanji Brown Jackson, who would be the first Black woman on the Supreme Court. Barring a significant misstep by the 51-year-old Jackson, a federal judge for the past nine years, Democrats who control the Senate by the slimmest of margins intend to wrap up her confirmation before Easter. By Mark Sherman and Mary Clare Jalonick. SENT: 880 words, photos. UPCOMING: Hearing begins at 11 a.m.

KUWAIT CLIMATE COMPLACENCY — Kuwait is ranked each year as among the hottest places on the planet. As life in the Gulf Arab state rapidly becomes unbearable, the country continues to burn oil for electricity and generate more carbon emissions per capita than almost anywhere else. Officials, advocates and experts blame a hamstrung government in denial. By Isabel Debre. SENT: 1,020 words, photos. This is the Tuesday Spotlight.

ELECTION 2024-PENCE — After years of being a subservient sidekick to Donald Trump, former Vice President Mike Pence is beginning to distance himself from the ex-president and take increasingly overt steps toward a White House bid of his own. The strategy carries substantial risk in a party still dominated by Trump and his lie that the 2020 election was stolen. By Jill Colvin. SENT: 1,110 words, photos.

SOUTH KOREA-JAPAN-SEXUAL SLAVERY — A 93-year-old survivor of the Japanese military’s wartime brothels is trying to persuade the governments of South Korea and Japan to jointly bring the issue of forced prostitution during World War II to the United Nations. By Kim Tong-Hyung. SENT: 1,180 words, photos.

MORE ON THE VIRUS OUTBREAK

VIRUS OUTBREAK-HONG KONG — Hong Kong’s leader said that the city would lift flight bans on countries including Britain and the U.S., as well as reduce quarantine time for travelers arriving in the city as coronavirus infections in its latest outbreak plateaus. SENT: 470 words, photos.

UNITED STATES-SAUDI ARABIA — The U.S. has transferred a significant number of Patriot antimissile interceptors to Saudi Arabia in recent weeks as the Biden administration looks to ease what has been a point of tension in the increasingly complicated U.S.-Saudi relationship. SENT: 520 words, photos.

CAPITOL RIOT-ELECTED OFFICIAL — An elected official from New Mexico is set to be the second person tried on charges stemming from the riot at the U.S. Capitol. UPCOMING: 850 words, photo by 6 a.m.; Trial begins at 9:30 a.m.

CHEVRON-POSSIBLE STRIKE — More than 500 workers at a Chevron Corp. refinery in the San Francisco Bay area have told the company they plan to go on strike. UPCOMING: 250 words, photos by 4 a.m.

JIM LITKE-COLUMN-NCAAS — When Duke was trailing Michigan State by five points with 5:10 left, Mike Krzyzewski’s farewell tour was this close to over. By Sports Columnist Jim Litke. UPCOMING: 800 words, photos by 4 a.m. With NCAA-SWEET 16 — Top seeds Gonzaga, Arizona and Kansas are in the NCAA Sweet 16. So is giant killer Saint Peter’s.

HOW TO REACH US