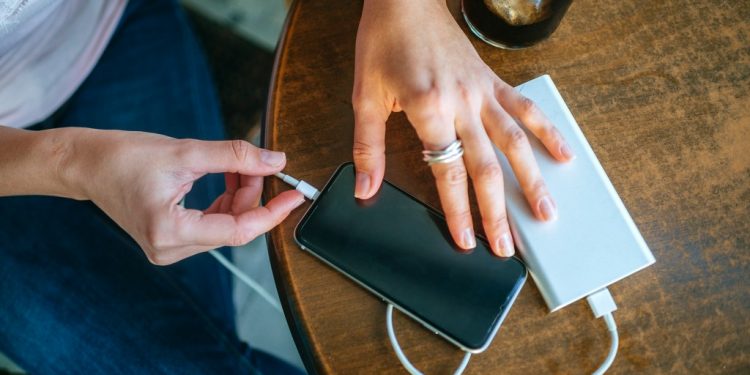 
Trying to use an iPhone that doesn’t last a whole day between charges can be a nightmare.

A depleted battery life can force you to carry a portable charger with you whenever you leave the house.

Alternatively, you could always glumly resign yourself to the fact that you’ll be carrying around a dead phone for hours at a time.

Fortunately, Apple has a treasure trove of helpful tips on its website to maximize your iPhone’s lifespan.

Batteries naturally degrade over time, but there are still a few things you can do to wring as much life out of them as possible.

Apple says that stripping certain cases from your iPhone before charging can also help keep its battery healthy.

That’s because some styles of cases may generate excess heat, which can affect your battery’s capacity.

This could be due to the thickness of the case or the material it’s made from.

Materials such as lather, for instance, are better insulators than silicon, making your iPhone more likely to overheat while charging.

Apple says: “If you notice that your device gets hot when you charge it, take it out of its case first.”

Perhaps the best advice is to protect your iPhone battery from damage in the first place, to maximise its lifespan.

Extreme temperatures can cause major issues with your smartphones – and Apple’s pricey iPhones are no exception.

“Low or high-temperature conditions might cause the device to change its behavior,” Apple explains.

The ideal temperatures to keep your iPhone at, according to the tech giant, is between 62 to 72F.

But higher temperatures can mess up your battery life for good.

On hot days, it’s very easy for an iPhone to exceed its normal operating temperature.

Apple has some specific warnings of things you definitely shouldn’t do with your iPhone today:

There are ways to reduce your risk, even on very warm days.

For instance, don’t put your iPhone in confined places, like under bed covers or in your pocket.

Also, if you feel your phone getting warm, stop using it – or even turn it off.

Avoid using powerful apps for long periods of time. This is particularly important for gamers, because high-intensity video game apps can cause a phone’s processor to heat up very quickly.

Low Power Mode will turn off some power-hungry features on your phone.

It may mean that some apps, tools and features on your phone will no longer work – temporarily, anyway.

“When Low Power Mode is on, your iPhone will last longer before you need to charge it, but some features might take longer to update or complete,” explains Apple.

“Also, some tasks might not work until you turn off Low Power Mode, or until you charge your iPhone to 80% or higher.”

To turn Low Power Mode on, go into Settings > Battery and toggle the switch at the top.

4. Don’t miss out on auto-brightness

It can be tempting to leave your phone’s brightness set on maximum – but it doesn’t need to be on full constantly.

The brighter your phone’s screen, the faster your battery life will drain.

So consider turning on Apple’s Auto-Brightness feature, which will regulate the display brightness based on the ambient lighting wherever you are.

This can significantly improve your battery life over time, and is a handy way of keeping your brightness at the right levels automatically.