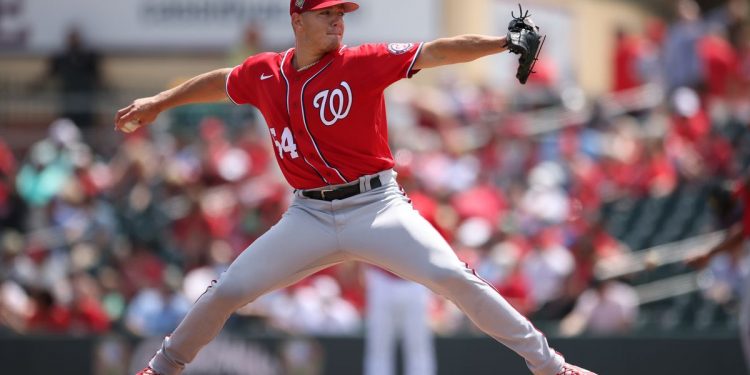 
Apple TV Plus has announced an April 8th start date for Friday Night Baseball alongside a streaming schedule for the first half of the season. The revised 2022 season schedule was announced by Major League Baseball (MLB) earlier in March after players and team owners negotiated an end to a lockout, setting a date for the regular season to begin on April 7th.

Streaming will be available for anyone with Apple TV Plus in the US, Canada, Australia, Brazil, Japan, Mexico, Puerto Rico, South Korea, and the United Kingdom. In the US and Canada, that also includes access to a 24/7 livestream with replays, highlights, and other programming. Even if you don’t pay for Apple TV Plus, it will also be available without a subscription on all hardware that supports the service “for a limited time,” Apple said in its press release.

The first two games to kick off the coverage will be the New York Mets playing against the Washington Nationals at 7PM ET and the Houston Astros against the Los Angeles Angels at 9:30PM ET. Highlights and team updates will be available in the Apple News app, with pregame and postgame coverage available at a later date.

Apple announced the partnership with MLB at its Peek Performance event in early March, where it unveiled the iPhone SE and Mac Studio. In its statement, Apple’s vice president of services, Peter Stern, said, “Baseball has a special place in the heart of so many Apple customers — not just in the United States, but in many countries around the world. We’re proud to make Apple TV+ the home for great baseball moments throughout the season.”

Expert or Amateur? Do You Know Who Your Real Estate Syndicator Is?

Expert or Amateur? Do You Know Who Your Real Estate Syndicator Is?