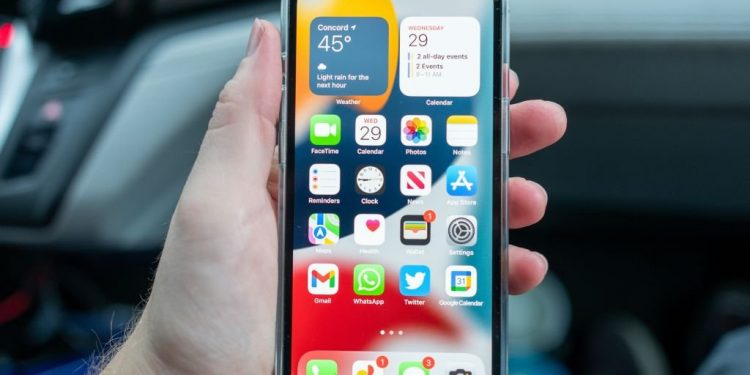 
iOS 15 first rolled out back in September 2021, and the updates just keep coming.

Following iOS 15.2 in December, and the ‘Release Candidate’ version of iOS 15.3 this month, Apple users are eager to update their operating system.

If you’re keen to know more about the upcoming iOS 15.3 update, we’re exploring the predicted release date and rumoured features.

According to Mac World, the iOS 15.3 update could be coming sooner than we think – January 27th, to be exact.

Given that the ‘Release Candidate’ version of the update was released earlier this month, the outlet explains that it’s only a matter of time until the full version of iOS 15.3 is released to the public.

Mac World suggests that there is typically a period of around seven weeks before the full version of an iOS milestone is released. At the time of writing, an official release date for iOS 15.3 is yet to be announced by Apple.

According to reports, the iOS 15.3 milestone update could be relatively minor, in terms of features, compared to iOS 15.1 and iOS 15.2.

With that being said, Apple users can likely expect the upcoming update to address bugs and other issues with the software, including security problems.

Likewise, Mac World suggests that iOS 15.3 could see ‘missing’ features from the iOS 15 update, including Universal Control and SharePlay. At the time of writing, the features included in the upcoming update are yet to be confirmed by Apple.

The beta version is already available

Although Apple users are still waiting for the full version of iOS 15.3, the beta version is available now.

It is, of course, best to err on the side of caution, given that beta versions of software typically have performance issues and bugs.

If you do decide to test out the beta version of iOS 15.3, you can enroll in Apple’s Beta Software Program.