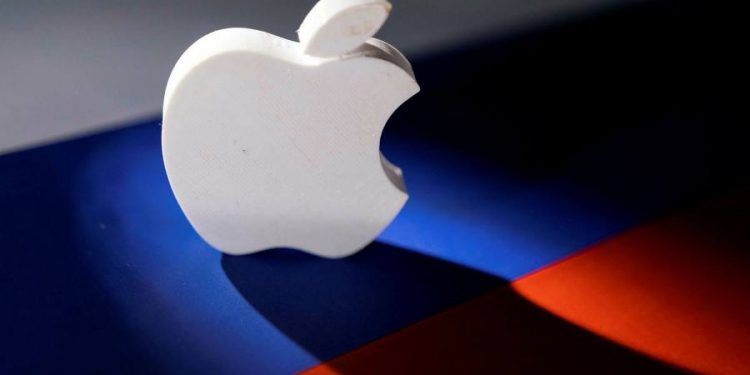 Big Tech’s restrictions on online content to combat disinformation around Russia’s invasion of Ukraine have been followed up with a ban on new devices to view it on, in the shape of Apple suspending sales of its products in Russia.

Customers are now unable to make purchases from the Russian version of Apple’s online store, which shows products including the latest iPhones as “currently unavailable”, reports Tim Bradshaw. The world’s most valuable company said it had stopped exporting products to Russia last week.

It said it would also block access to state media outlets Russia Today and Sputnik from the iPhone’s App Store outside the country. Facebook, YouTube and TikTok had already blocked them in Europe. Google has removed Russian state media outlets from its News search results.

Apple also followed Google Maps in disabling live traffic updates on its mapping app in Ukraine, which some had feared could present a risk to civilians by highlighting crowded areas.

Apple’s business will not suffer much of a dent from the loss of Russian sales — the iPhone had a market share of about 15 per cent of around 32mn devices sold there last year, according to Counterpoint Research. That suggests Russians buy about 2 per cent of the more than 220mn iPhones sold globally every year. App Store spending in Russia accounted for less than 1 per cent of Apple’s global services revenue, according to Sensor Tower.

But it is clear that Apple risked reputational damage if it did not follow other brands in acting. The carmaker Ford on Tuesday told its Russian joint-venture partner that it was suspending operations in the region until further notice, while athletic outfitter Nike paused orders through its website and mobile app in the country, saying that it could no longer guarantee deliveries.

In an email to employees, Cook wrote that Apple was “united in our commitment to each other, to our users, and to being a force for good in the world”.

1. Ford boosts electric plans
Ford announced plans to increase electric sales targets on Wednesday, adding that it would split its battery vehicle arm and engine businesses into separate units. A third of overall sales should be electric by 2026, rising to a half by the end of the decade.

2. Palantir to help reduce NHS backlog
Palantir, the controversial data analytics group best known for its ties to the defence and security industries, is rolling out software across the UK’s NHS to help reduce the backlog of 6mn patients waiting for elective care, reports Madhumita Murgia.

3. Netflix buys games studio
Netflix has swooped in to buy Next Games, the Finnish developer behind mobile games based on its hit show Stranger Thingsextending Silicon Valley’s push into video games. The California-based streaming service will pay €65mn in cash.

4. Ericsson’s Iraq crisis deepens
The Swedish telecoms equipment maker said the US Department of Justice had told it that disclosures about its internal investigation into Iraq were “insufficient” ahead of a $1bn settlement in 2019 over corruption.

5. Will Japan bet on e-sport?
Gambling in Japan is legal only for a select group of activities. But a debate on e-sports comes from technology and the pandemic conspiring to transform how entertainment is consumed, writes Leo Lewis from Tokyo.

With Huawei’s handsets stymied by US sanctions and the consequent lack of continuing Android support, the Chinese company has switched tack to a range of non-smartphone products unveiled at this week’s Mobile World Congress in Barcelona.

The most eye-catching announcement, although the technology is hardly new, was the MatePad Paper. It is a 10.3in tablet with an e ink screen, whose texturised surface can be written on with Huawei’s M-Pencil. It will cost €499, including cover and stylus.

There was also a high-end laptop in the shape of the MateBook X Pro. It features thin contours, a vivid 14.2in touch screen, HD camera, six speakers and an 11th generation i7 Intel processor for €1,899. Then, the MateBook E features Huawei’s first OLED display on a laptop. Starting at €649, it has a 12.6in touch screen, is just 8mm thick and comes with a stylus.

The €2,199 MateStation X, a 28in touchscreen all-in-one PC; the €329 PixLab X1 laser printer; and €149 Sound Joy wireless speaker were the other main announcements.

IPC faces backlash over decision to allow Russians, Belarusians as neutrals at Winter Paralympics amid invasion of Ukraine

IPC faces backlash over decision to allow Russians, Belarusians as neutrals at Winter Paralympics amid invasion of Ukraine