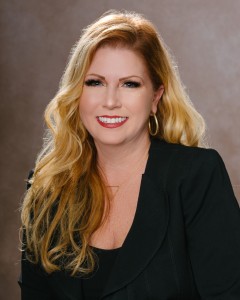 
VICTORIA, Texas – The May 7 General Election is just a few weeks away and two people are in the race for City Council District 6.

Incumbent Mark Loffgren is seeking re-election following a two-year term as City Council Member for District 6 and is running against April Butler.

Texas native and Victoria resident of 10+ years, April Butler, is running against Loffgren in her first attempt at public office. She has worked in business administration and enjoys community service. She owns the Woodhouse Day Spa and The I Fix Computers Guy with her husband, Jason.

During a recent town hall meeting about city ordinances for animals, Butler expressed her concerns regarding the ordinance but felt unheard by city representatives. She says this moment really stuck with her and was the motivating factor in running for District 6.

“When you want to talk to someone, I want to be that person that you come to. I want to listen, I want our entire community to feel validated in any concerns they have,” says Butler. “We need individuals that want to listen regardless of the situation,”.

Butler has worked as a Pre-K teacher, a loan officer in Houston, a liaison for Harris County Juvenile justice between school districts then found herself at Devereux here in Victoria working with the budget. She wants to bring her experience in business, budget, and ethics to the District 6 seat.

Butler says one of her main goals if elected is to bring transparency and trust to her constituents, as well as to be a voice for all Victorians who she says should be able to reach her directly. Butler wants to bring her experience in business and budgets to the City Council District 6 seat.

“I believe we need transparency from our elected officials that we need to spend our tax dollars wisely. We need to make choices now. Not just for current residents but for our future. And ultimately, listen when the citizens of Victoria speak,” says Butler.

The mayor seat and city council district five did not draw any opponents. Mayor Jeff Bauknight will remain Mayor of Victoria and Andrew Young will remain serving City Council District 5.

The city also has 13 city charters amendments for voters to review.

Can computers write product reviews with a human touch?