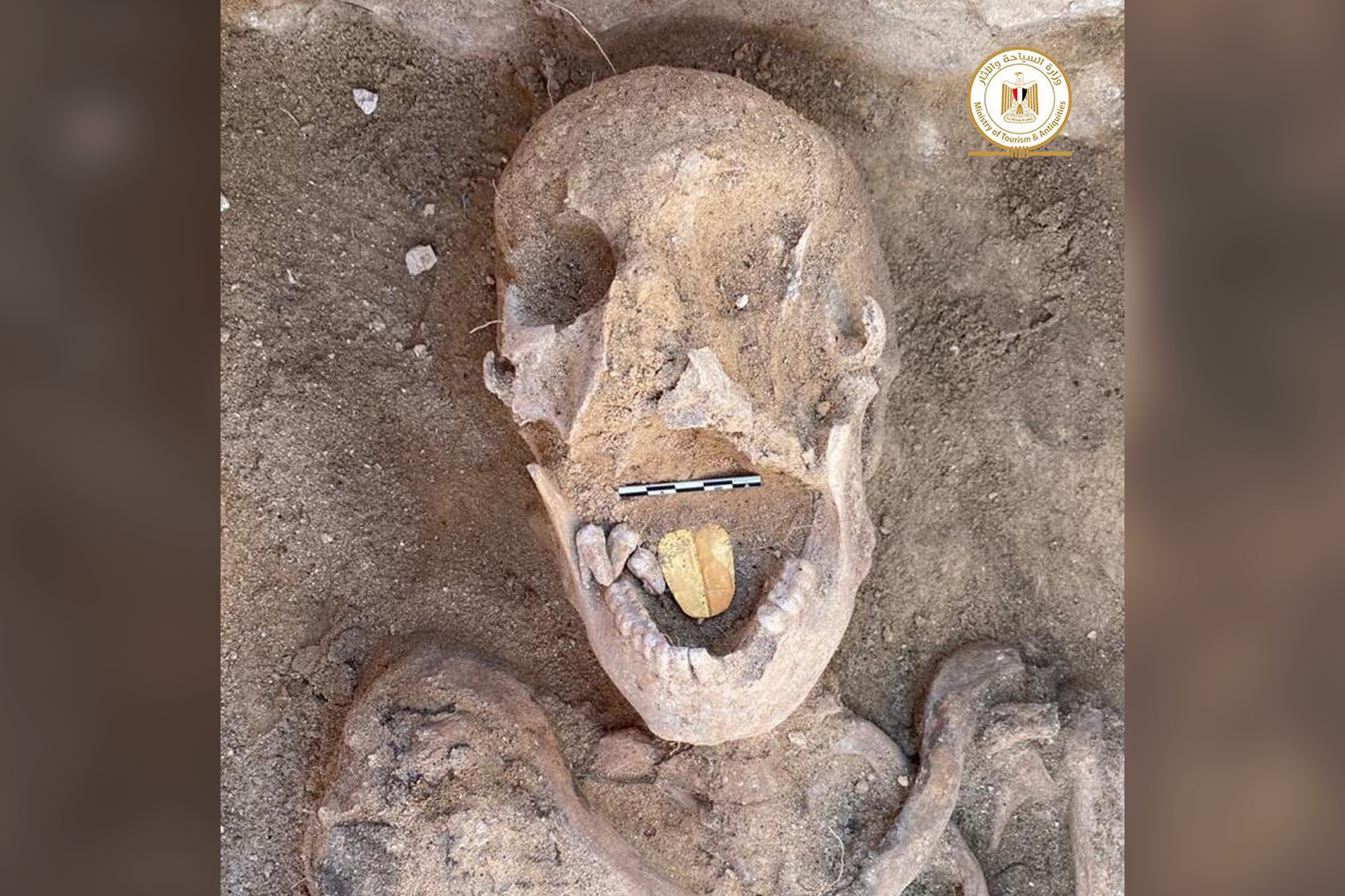 A 2,000-year-old, gold-tongued mummy has been uncovered amid a dig in northern Egypt, according to reports.

The mummy was among 16 burials uncovered in poorly preserved rock-cut tombs at the temple of Taposiris Magna, west of Alexandria, and is an example of burial practices during the country’s Greco-Roman period, the Daily News Egypt newspaper reported.

The ancient Egyptians would have given the mummy a gold tongue during a ritual to help him speak to Osiris, the god of the underworld, in the afterlife, Egypt’s Ministry of Tourism and Antiquities said in a statement.

The gold foil amulet was just one of several important finds during the dig.

The team of Dominican and Egyptian archaeologists also found two mummies wrapped in gilded cartonnage, which is plastered layers of papyrus or linen, according to Smithsonian Magazine.

One of the two mummies had a crown decorated with horns and a cobra on its forehead. Its chest had a gilded decoration in the shape of a necklace with a falcon’s head pendant, the symbol of the god Horus. The other mummy was adorned with gilded decorations depicting Osiris.

Lead archaeologist Kathleen Martinez of the University of Santo Domingo in the Dominican Republic called those two mummies among the most important finds of the excavation, the ministry said.

Other significant finds the team has discovered recently include a funeral mask for a woman, eight golden flakes representing the leaves of a golden wreath, and eight masks of marble dating back to the Greek and Roman eras.

“These masks show high craftsmanship in Sculpture and depiction of the features of its owners,” said Khaled Abo El Hamd, director general of The Alexandria Antiquities, according to the ministry.

In the last 10 years, the team has also made other important discoveries at the temple site, such as coins with the image of Cleopatra, who ruled Egypt from 51 to 30 BCE, and the temple’s foundation panels that revealed it was built by King Ptolemy IV, who ruled from 221 to 204 BCE, the Daily News reported.

The city of Taposiris Magna was founded between 280 and 270 BCE by Ptolemy II. His father, Ptolemy I, was a general to Alexander the Great.

Alok talks us through music including tracks with Dua Lipa, Jason Derulo and Tove Lo – The Sun

Can the 2023 FIFA Women’s World Cup leave a legacy for the potential Brisbane 2032 Olympics?