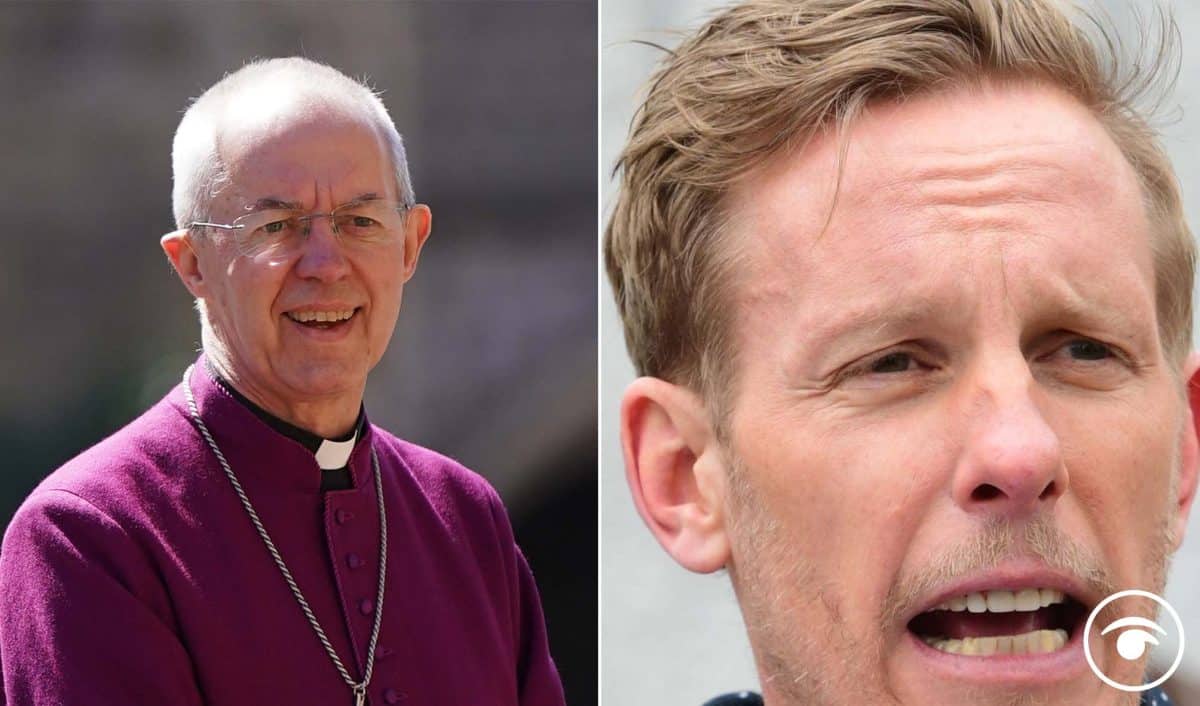 The Archbishop of Canterbury has slapped down Laurence Fox after the actor-turned-controversialist hit out at him for urging followers to get their booster jabs.

The Church of England tweeted a picture of Justin Welby receiving his third vaccine dose earlier this week, quoting the archbishop as saying: “It’s about loving your neighbour.”

To which Welby replied: “Love them both by getting boosted.”

Love them both by getting boosted ❤️ https://t.co/tZqkActFwR

Welby this week said he was “disappointed” to see a photograph of a party at Conservative headquarters in December last year.

The archbishop said it is “clearly essential” that a culture of honesty should come from the Government amid a string of allegations about Covid rule-breaking parties held in Downing Street and elsewhere last year.

“Secondly, there’s an investigation going on. I won’t pre-judge that but we need to set an example.”

Welby added: “On a human level, I, just disappointed, really. I make so many mistakes myself, I’m not a big one for throwing stones…

“I don’t really do much on judging people, but we must obey the rules. We have to depersonalise it, let’s get away from that example, and I’d say: ‘Obey the rules, stick to the rules.’”