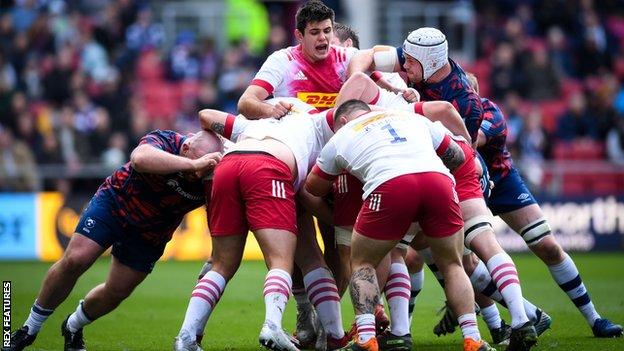 
Harlequins back row Archie White has signed a contract extension with the Premiership club.

The 24-year-old academy product has made 54 appearances since making his first-team debut in the 2015-16 season, scoring five tries in all.

White has played 14 times this season, regularly featuring in the number eight shirt.

“It’s an amazing feeling to re-sign with Harlequins once again,” he told the club’s website.

“This team is looking to build something incredible and I can’t wait to try and play a big part in that.”

“Harlequins is the club that I have been a part of from my school years so I’m over the moon to extend my stay.”

The length of the contract has not been specified.

Quins are third in the Premiership on 68 points, with four games remaining.

They trail Montpellier 40-26 going into the second leg of their Champions Cup quarter-final at The Stoop on Saturday.