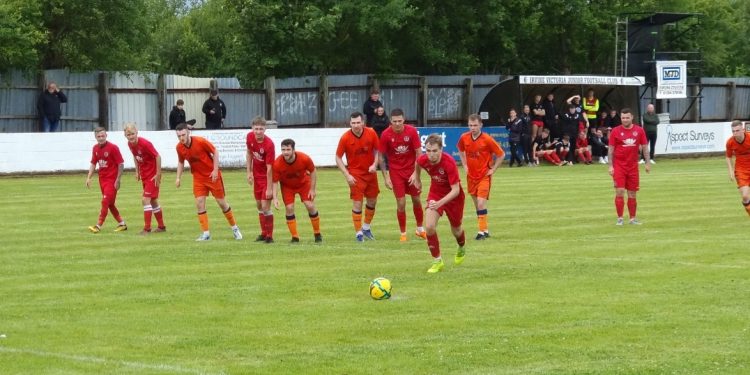 ARDEER Thistle manager Sean Kenney says he was delighted with his side’s performances in the Irvine Victoria pre-season tournament, as they were solid defensively.

It’s something the Stevenston side’s boss was eager to see, citing that keeping goals out was something that cost his side last season.

Thistle had their first run outs of pre-season in the friendly tournament, playing two matches in little over 24 hours.

They began their week on Saturday morning with a semi-final versus Yoker Athletic, whose last match was a Junior Scottish Cup final loss to Auchinleck Talbot.

It was always going to be a stern test, but Kenney’s side were more than up for the battle, and the sides could not be separated at half time.

In the second half, an outstanding save from the Yoker ‘keeper led to a break up the park, where his side won a penalty, and would go 1-0 up.

Ardeer would get a penalty of their own, which Jack Loudon scored to level the tie. That was how it ended and penalties were required.

Robert Frew missed Thistle’s first penalty, and that was all Yoker needed as they scored all five of their efforts to edge through.

It meant a third/fourth place play-off for Ardeer on Sunday, against an Albion Rovers XI.

In what could easily have turned into a dead rubber game, Ardeer battled hard, winning 3-1 thanks to goals from Jake Sillars, Robert Frew and Kieran Murphy.

Speaking after the first match, Kenney said: “(It was) a really good run out. Yoker, they’re a really good team but I was happy with our boys.

“We were quite happy with our shape, nice and solid, and that’s something that we’ve been working on.

“We lost too many goals last season, so it is something that we’ve been speaking about.

Ardeer will next be in action this Saturday, July 9, as they welcome Vale of Clyde to Stevenston with a kick-off time not yet confirmed.