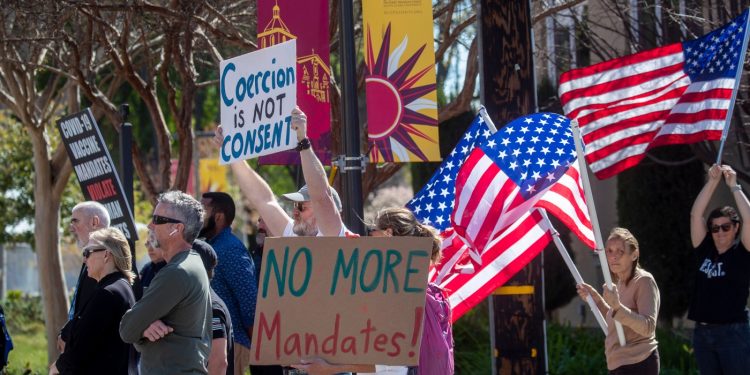 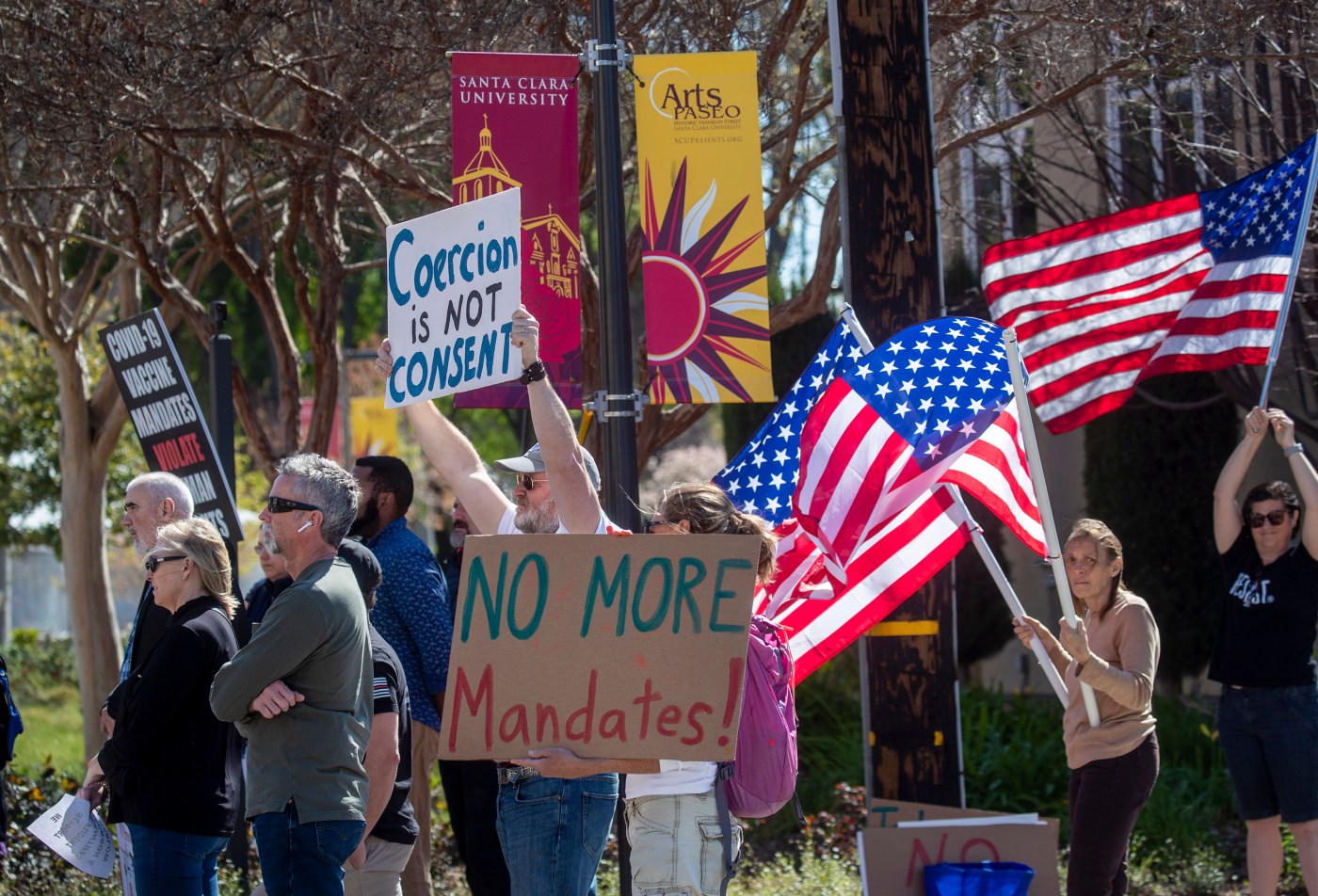 After COVID-19 vaccines became widely available last year, federal, state and local leaders were tripping over themselves to show their tough-on-the-virus bona fides by mandating the shots for the workplace, the classroom, the bar and the ballgame.

Now, vaccine passports are being put on the shelf and many mandates dialed back, with delayed implementation and softened penalties. For a variety of reasons – practical, medical, political – there’s less appetite now for forcing the reluctant to get the jabs, especially now with case rates so low.

“Anti-vaxxers are just as fervent as ever,” said longtime political analyst Dan Schnur. “Those who support the vaccines just don’t have the same sense of urgency they once did.”

The California Department of Public Health announced Thursday it would delay a statewide COVID-19 vaccine requirement to attend K-12 schools for at least another year, and the author of a state bill to add the vaccine to a list of mandatory shots students already must have to attend classes put it on hold. Districts from Oakland to Los Angeles have postponed their own mandates.

This month, California health officials dropped the proof-of-vaccination or negative COVID-19 test requirement to attend indoor mega-events – it’s now “strongly recommended” for indoor events of 1,000 or more people and “recommended” for outdoor events of 10,000 or more. Venues from the San Francisco Giants’ Oracle Park and Oakland Athletics’ Coliseum to the Golden State Warriors’ Chase Center and the San Jose Sharks’ SAP Center no longer require fans to prove they got the shots.

Assemblywoman Buffy Wicks, D-Oakland, canceled a March 29 committee hearing on her AB 1993 bill to require employers to have their workers vaccinated against the virus, after putting a similar bill on hold last fall and dropping an earlier idea for a statewide consumer vaccine passport.

And management at the Santa Clara Valley Transportation Authority drew fire this week from board members like San Jose City Councilman Raul Peralez over an employee COVID-19 vaccine mandate that threatens to pink-slip hundreds of skilled workers.

Why are COVID-19 vaccine mandates suddenly unfashionable among the political class? In part, the virus is less threatening than it once was. Yes, the latest SARS-CoV-2 variants are both highly contagious and potentially deadly to the old, chronically ill and others without immunity from past infection or vaccination.

But case rates and hospitalizations remain low across the country. And vaccines and treatments that reduce the risk of hospitalization have made the virus seem manageable rather than menacing. An Axios poll out April 12 found fewer than one in 10 Americans think COVID-19 is a serious crisis now, while three out of four think it’s a manageable problem, including four out of five Democrats, the dominant party in California.

Dr. Monica Gandhi, an infectious disease specialist at UC San Francisco who has studied the pandemic’s impact on schools, said health leaders and the public have transitioned to an “endemic” approach to COVID-19 that focuses more on individual risk management than restrictions to check its spread.

“We’re kind of going back to how we manage other respiratory viruses, encouraging people to get vaccinated, offering treatments, but not using more coercive policies of mandates,” Gandhi said. “This is really consistent with where most of the country is going and where most European countries are going.”

For big urban school districts with large populations of unvaccinated students, and public agencies with many highly skilled workers who haven’t had the shots, the practical and political costs of enforcing vaccine mandates would be steep.

At Oakland Unified, one in five students — more than 3,200 — are believed to be unvaccinated. A Bay Area News Group analysis in February found that Black and Latino kids ages 12 and up at Bay Area districts remain less likely to be vaccinated for the virus than their White and Asian classmates, and would be disproportionately impacted by a vaccine mandate that could disenroll or force them into online classes.

“It’s very clear that the overall numbers of children who have been vaccinated is still extraordinarily low,” Schnur said. “Even if the mandate makes sense in the abstract, the practical impact would be shutting immense amounts of young people out of their schools.”

At VTA, firing hundreds of unvaccinated workers could impact service in a transit agency already rocked by low ridership and a deadly mass shooting last year. Peralez, a mayoral candidate whose close friend was among those slain by the gunman, said VTA “should be incentivizing vaccination … but without penalty, discipline and certainly not termination.”

Wicks said voters still support vaccine mandates for workplaces and schools but echoed the school vaccine bill’s author in saying the focus for vaccinating school kids should be “lowering barriers to access.”

Thad Kousser, a UC San Diego political science professor, noted that for most Democrats, there’s little political risk in the mandates, as most who oppose them aren’t their voters. Still, those in more politically diverse Central Valley and Southern California districts may be uneasy with them.

“When people drop bills like this, it’s not always just them,” Kousser said. “They may be dropping them because the person who you have to twist arms to get your bill passed may be expressing reticence.”

But perhaps most important, the vaccines themselves, though still highly protective against severe illness, cannot stop the virus’s spread, especially against the emergence of new variants over the past year – delta, omicron, and its cousins like BA.2. Boosters offered last fall to address waning protection are already being followed by calls for another shot, making it harder to track individual vaccination status.

“Last spring we thought the vaccines were magic – once you’d had the shot, you were safe, which makes the logistics of mandates a lot easier,” Schnur said. “But now that this appears to be an ongoing process. It becomes a much bigger logistical burden for schools and businesses.”

So have vaccine resisters won the battle over mandates? Not quite, Kousser says. Public officials for the most part aren’t junking the proposed mandates entirely.

“The political will for mandates is directly proportionate to caseloads and hospitalization,” Kousser said. “Maybe this simply isn’t the time to push them. What we learned with delta and omicron is we’re one variant away from having our hospitals overrun.”