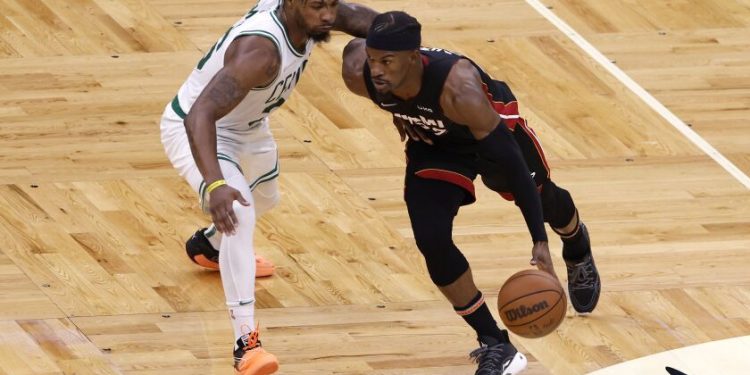 
In the handshake line after the White Sox won 3-1 at Yankee Stadium in the first game of Sunday’s doubleheader, manager Tony La Russa stopped outfielder AJ Pollock — who homered in the ninth inning to put the Sox ahead — and said a real mouthful in two words.

Yes, indeed. The Sox needed a win against the soaring Yankees not only to have Tim Anderson’s back, not only to stick it to New York’s Josh Donaldson and not only because the Sox just can’t seem to find any sort of traction this season. They needed a win to fight against early signs that — kind of like the Bulls, come to think of it — they’re a talented group that might not be able to stack up against the big boys of the league.

That win and the 5-0 victory in the nightcap left them at 3-4 against the Yankees this season. And the low point of the season so far was a miserable three-game set at the Twins — who have a comfy lead in the division and look for real — that punctuated an eight-game losing streak.

It’s hardly too late for the Sox to crank things up before the All-Star break, but the first half has been bleak. And speaking of the Bulls, their second half was beyond bleak and led to a first-round playoff no-show against the Bucks.

What do the Bulls have to do with this? We’re thinking of Jerry Reinsdorf — his kingdom for a legit winner! — who must be wondering, at least one some level, if he’s ever going to see his basketball team or his baseball team win another championship.

Since a 3-22 start earned them early “worst team in baseball” status, the Reds have played so well they’ve moved up to “possibly a tiny bit better than their still-hideous record indicates” status.

The Heat can grab control of this series with a second straight road win for a 3-1 lead, but we’re not betting on it. And as absurdly pervasive as the gambling industry has become in sports, that’s saying something.

Tensions are sky-high after the Avs’ Nazem Kadri bowled over and injured Blues goalie Jordan Binnington in Game 3. Heads on a swivel, everybody.

School will be in session against baby-faced Indy, which has more rookies than a sorority pledge class. Candace Parker and the Sky have so much to teach them.

Steph Curry is so close to the Finals, he can taste it. That is, when he isn’t chewing on his mouthpiece like a 7-year-old.

The Beantowners are still under .500, but they’ve won five straight and surely haven’t forgotten being swept at their place by the South Siders earlier this month.

Iron sharpens iron, as the saying goes. And in completely unrelated news, the Cubbies and Redlegs bring a four-game series to a close.

Jackie Young is scoring like never before, Kelsey Plum pretty much can’t miss from three and A’Ja Wilson and Dearica Hamby are making everybody pay inside. The Sky are the champs, but the Aces are the league favorites.

The Sox already swept two at Wrigley Field. On the other hand, the Sox have a losing record at G-Rate and the Cubs somehow have played .500 ball on the road, so, you know, let’s just see what happens.

Hello, Helio. Castroneves guns it for his fifth win in this race, which would break a four-way tie with bygone legends A.J. Foyt, Rick Mears and Al Unser and give the 47-year-old Brazilian the most ever.

And another year of the city’s baseball rivalry comes to an end — unless the Cubs and Sox collide in the World … oh, never mind.