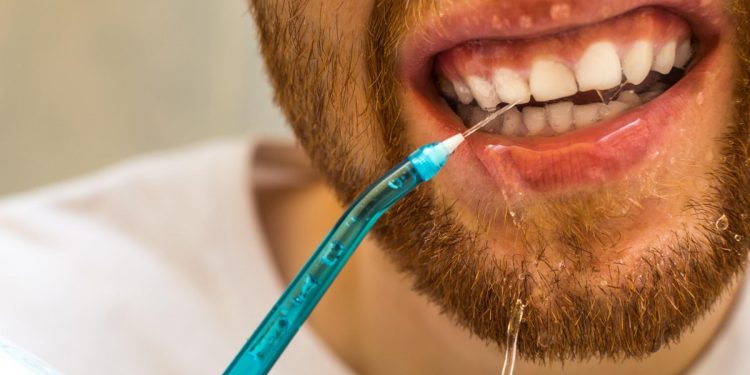 Water flossers like the Waterpik have flooded the shelves of dentist offices and retailers. While their popularity is unquestionable, does Waterpik remove plaque or clean your teeth better than regular old floss?

How do Waterpiks work?

As the term “water flosser” implies, these devices use a stream of water to remove plaque and food from your gums and teeth. Waterpiks (and other brands of water flossers) use a motor and pump system to shoot a pulsating, pressurised stream out of a plastic tip. The pressure helps break contaminants off the inside of your mouth that the water then washes away. In the end, you get the same effect as flossing but without scraping your teeth or gums.

Does a water flosser remove plaque better than flossing?

Waterpiks do remove plaque, earning a Seal of Acceptance from the American Dental Association (ADA). But whether Waterpiks remove plaque better than traditional floss is debatable. One study found that water flossers produced a 74.4% reduction in overall mouth plaque and 81.6% in approximal plaque on the points of contact between your teeth. String floss only reduced these categories by 57.7% and 63.4%, respectively. Going by that study, Waterpiks remove plaque better than traditional floss — but some dentists disagree.

The Mayo Clinic has stated that water floss generally doesn’t remove visible film and plaque as well as string floss. These machines’ gentler nature may make them less effective at removing anything stuck on your teeth.

In the end, do you need a Waterpik? Probably not. If you don’t mind the price or have sensitive gums or braces, you may find them to be helpful, and they will remove plaque — but their advantages may not be enough to outweigh traditional floss for most people. Traditional floss is much cheaper, less messy, and can be just as effective. While it may be harsh on some people’s gums or harder to use, its advantages are hard to ignore.

The most important thing is to find something you’ll use every day. If it takes a $US100 ($139) water flosser for you to practice good oral hygiene regularly, then there’s nothing wrong with buying one. But if you can use traditionally floss reliably, you’ll be fine forgoing the Waterpik and saving your money.