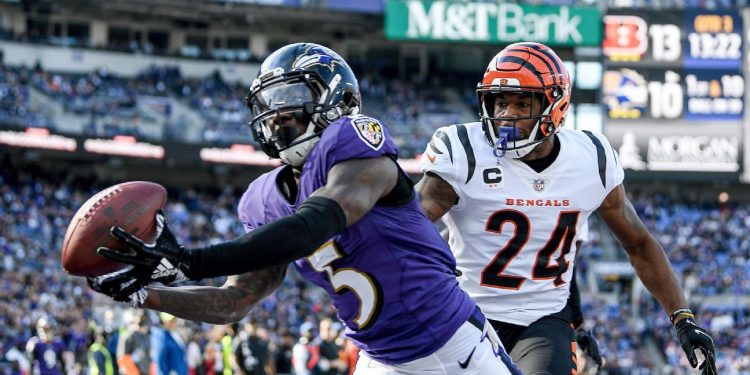 TEMPE, Ariz. — The Arizona Cardinals traded their first-round pick to the Baltimore Ravens on Thursday in exchange for wide receiver Marquise “Hollywood” Brown and the 100th pick in the draft.

The move reunites Brown and Cardinals quarterback Kyler Murray, who played together at Oklahoma in 2017 and 2018. Both players were drafted in 2019, with Murray going first overall to the Cardinals and Brown going 25th overall. In 2018, when Murray was the Sooners’ starter and won the Heisman Trophy, Brown had 1,318 yards and 10 touchdowns on 75 catches.

Brown, 24, was productive but inconsistent in his three seasons with the Ravens. He totaled 195 receptions for 2,361 yards and 21 touchdown catches. He’s coming off a career-best season in which he had a highs of 91 receptions and 1,008 yards.

The Cardinals lost one of their starting receivers, Christian Kirk, in free agency, making the position a priority in this year’s draft.

Last month, Ravens quarterback Lamar Jackson scoffed at a suggestion on social media that the Kansas City Chiefs should trade for Brown.

Brown tweeted a goodbye to Jackson on Thursday night, writing: “Wish I coulda played with my brotha forever but ima see you at the top @Lj_era8.”

Ravens general manager Eric DeCosta said after the season that the team would pick up Brown’s $13.4 million option, but Baltimore never officially did.

Great Container Roses for the South