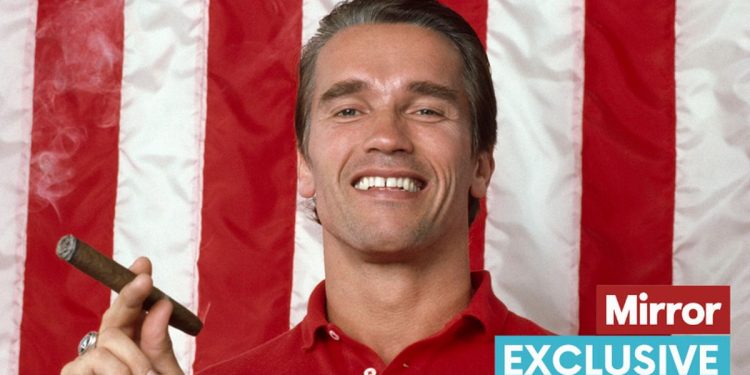 
Arnold Schwarzenegger was once “stoned out of his mind” on a movie set – after co-star Danny DeVito laced his cigar with marijuana as a prank.

The bodybuilder-turned actor was so out of it that he was unable to remember what scene he was meant to be filming.

Arnie – who starred alongside DeVito in Twins in 1988 and Junior in 1994 – confessed: “I was shooting Junior and it was the lunch break.

“So I went to the trailer and it was delicious. And afterwards he said: ‘Arnold you are always giving me cigars and I feel guilty.

“I wanna give you a cigar.’ And he gives me this really long one, a Montecristo. It was fantastic.

“We get to the set and continued on with the scene and I’d forgotten my lines. The director said ‘Action!’ and I said: ‘What am I supposed to say?’

“I totally forgot everything. I found out later… that Danny put some marijuana in the cigar. I was stoned out of my mind.”

The Terminator lead tried to get his own back another time – but DeVito rumbled him.

Schwarzenegger added he and DeVito, 77, remain close – and will soon reunite on screen for Triplets.

Speaking to Jimmy Kimmel on ABC in the US, he said: “We are very good friends. He is a really great guy.”