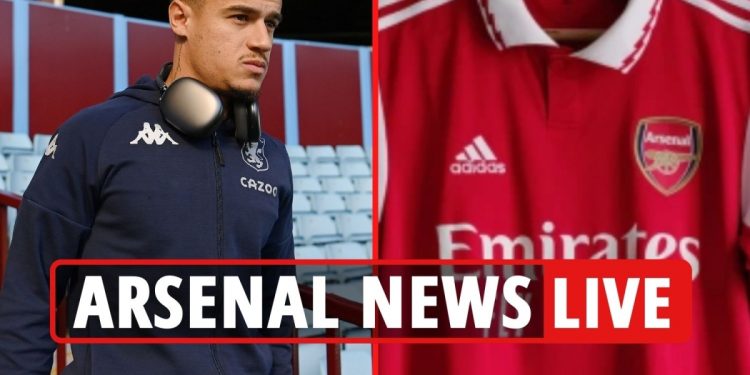 Arsenal’s home kit for the 2022-23 season has been leaked online, with the Gunners set to sport a classic look next term.

Adidas have come up with some timeless designs since becoming the Gunners’ kit manufacturer again in 2019, and it looks like they’ve concocted another gem.

The ever-reliable Footy Headlines have confirmed the leak from Turkish outlet Esvaphane.

He joined Aston Villa on loan in January from Barcelona for the rest of the Prem season.

The 29-year-old has impressed so far back in England.

And that could lead to Villa deciding to turn the deal into a permanent arrangement by paying Barcelona £33.57 million for the Brazilian.

However, now Sport claims that Arsenal are readying a move.

Elsewhere, Steven Gerrard has told Bukayo Saka to toughen up after the Arsenal star asked referees for more protection in games.

Saka made the request after Arsenal beat Villa 1-0 but Gerrard told the youngster that’s its all part of the game as football isn’t a no-contact sport.

Gerrard said: “He’s a good player, an outstanding talent. I love him. But he can’t complain about that side of it, that’s football.

“I’m sitting here now with screws in my hips. I’ve had about 16 operations. I’m struggling to go to the gym at the moment.

“He said we were too rough? They didn’t commit any fouls today? Listen, it’s part of the game.

“The last time I checked, it wasn’t a no-contact sport. I think tackles are allowed, physicality is allowed, aggression is allowed as long as it’s fair.”