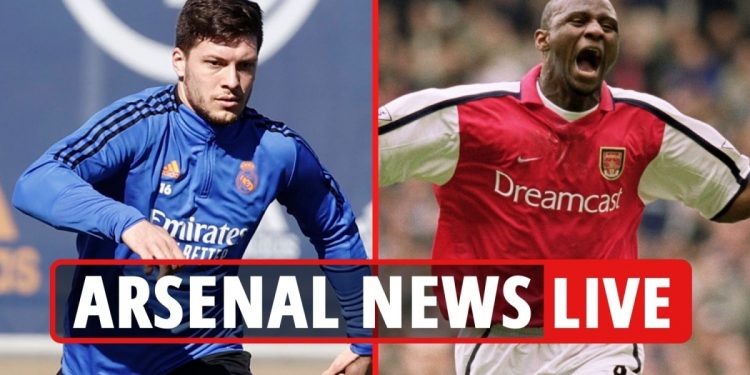 David James has tipped Arsenal star Gabriel Martinelli to get even better if he joins Jurgen Klopp’s title-chasing Liverpool.

Klopp is a big admirer of the young Brazilian, branding him an “outstanding player” after his Reds beat Arsenal 2-0 earlier this season.

And former Liverpool goalkeeper James would like to see Klopp manage Martinelli and take him to the next level.

Speaking to GGRecon, former England international James said: “Gabriel Martinelli is one player who I get excited by. If it was a choice between Martinelli and Raphinha, I would go for Martinelli.

“He’s young and he’s got everything you need. It’s almost like a slightly rawer Díaz, and the beauty of Díaz is that he can play basically anywhere.

“Martinelli obviously occupies the left a lot more. I always think that with a good environment and age, you can manipulate a player into something else, and I think Martinelli fits that criteria.

“He’s young and more than capable. And I can imagine him in a Liverpool kit, doing what he does with Arsenal, if not better, and just fitting in seamlessly.

“If you look at Liverpool’s recruitment, the age of the players they’re buying – they’re young. They’re kind of like ‘we’ve already got the team now, but what’s it going to look like in the future?’”