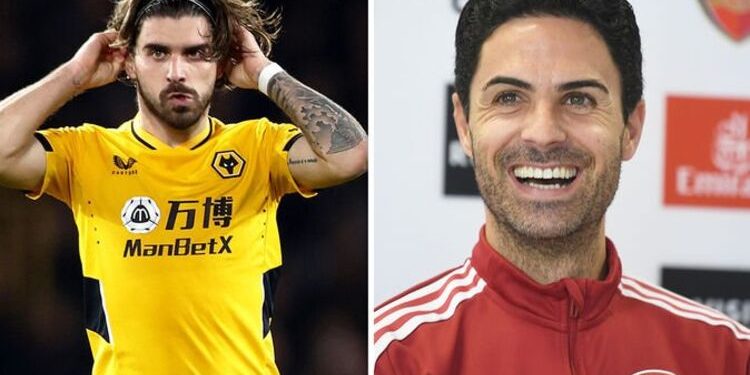 
Arsenal have made Wolves midfielder Ruben Neves a top target for this summer’s transfer window, according to reports. Wolves are said to want between £50million and £60million for the Portugal international.

Neves has had a fine season under Bruno Lage this term. He has been linked with a move to Arsenal in the last two windows.

The Gunners are believed to be keen on signing a central midfielder at the end of the season. Granit Xhaka’s future at the club is in doubt, with Roma again interested in buying the Swiss star.

Sky Sports News presenter Vicky Gomersall relayed the breaking news on Monday afternoon that Neves is set to be a top target for Mikel Arteta. She said Barcelona are also interested in Neves, as are Manchester United and Tottenham.

“As with all players, you try and have an open dialogue with them and their representatives to come to the best scenario for the club and the player. Rightly so, elite clubs all over Europe will have Ruben on their radar, but we have an excellent relationship with him and will do things properly, and collaboratively, when the time is right.”

Neves has made 28 appearances for Wolves in the Premier League this season. Lage’s side currently sit eighth in the table, two points behind Manchester United.

James and Hunter Biden under investigation for business dealings