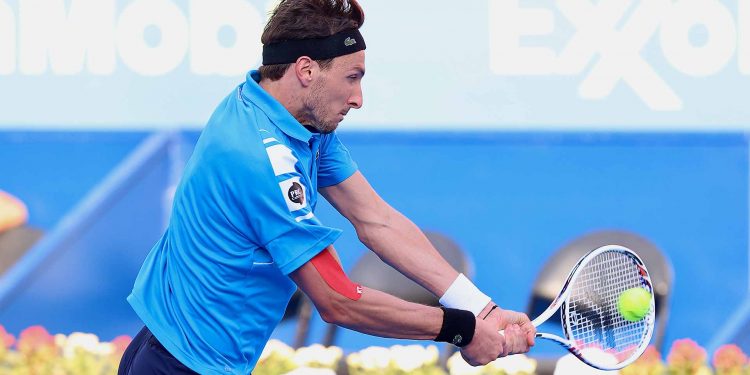 Frenchman Arthur Rinderknech earned the third Top 20 win of his career Thursday at the Qatar ExxonMobil Open, upsetting World No. 12 Denis Shapovalov 6-4, 6-4 to reach the semi-finals in Doha.

The 26-year-old, who is making his debut at the 250 event, raised his level in the crucial moments in a dominant performance against the top seed. Rinderknech saved all three break points he faced to advance after 71 minutes, levelling their ATP Head2Head series at 1-1, after Shapovalov had overcome the World No. 61 in Stockholm in November.

“It feels great to win and be through to the semi-finals, especially against a great player,” Rinderknech said. “I am really happy. I worked pretty hard during the off-season, I think my body is in good shape, which helps.”

With his victory, Rinderknech has maintained his strong start to the new season, improving to 9-3 on the year. In January, he advanced to the championship match at the Adelaide International 2, falling to Thanasi Kokkinakis. The Frenchman is bidding to capture his maiden tour-level title this week.

In a tight contest, the Georgian edged Marton Fucsovics 1-6, 6-3, 7-5 in two hours and 15 minutes. Basilashvili has fond memories in Doha, having defeated Roger Federer en route to lifting the trophy there last year.