As outcry over HRT supply crisis grows, audit reveals many women are being let down

Menopausal women are being let down by a ‘postcode lottery’ which means many cannot access alternative HRT treatment amid a supply crisis, experts have warned.

A delay in signing off new medicines at local NHS level means thousands are unable to get substitute treatment to help ease symptoms such as low mood, brain fog and hot flushes.

Supply shortages and poor planning mean many are struggling to obtain Oestrogel, a type of hormone replacement therapy used by 30,000 women in the UK, analysis by the Daily Mail reveals.

Desperate women have been turning to the black market or meeting up in car parks to buy and swap the medication.

Pharmaceutical company Theramex has developed a new treatment which could be used in place of the gel and that is thought to be in ample supply.

But only women in Somerset and Norfolk can access it due to drawn-out procedures by Clinical Commissioning Groups (CCGs) to approve products. 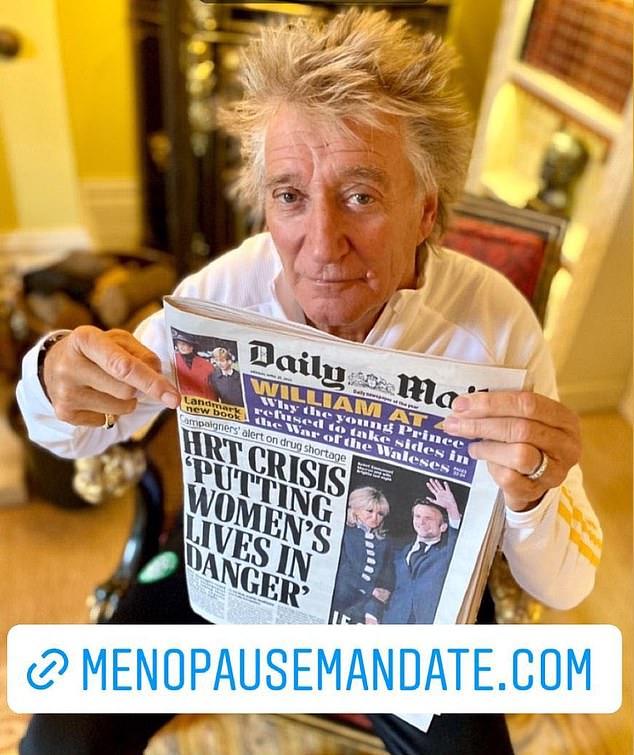 Posing with a copy of yesterday’s Daily Mail, Sir Rod Stewart shows his support for his wife’s campaign for better access to HRT

Sir Rod: I DO want us to talk about it!

Posing with a copy of yesterday’s Daily Mail, Sir Rod Stewart shows his support for his wife’s campaign for better access to HRT.

Penny Lancaster, 51, was initially prescribed anti-depressants for the menopause.

It wasn’t until she was put on HRT that she began to feel better.

She uploaded a photo of the singer, 77, holding the Mail yesterday with the caption ‘Rod supports’ alongside a link to her campaign, The Menopause Mandate, which is also backed by presenter Davina McCall and MP Carolyn Harris.

Campaigners are calling for a national formulary – or list – of approved HRT treatments to ensure women have equal access, no matter where they live.

Labour MP Carolyn Harris, who co-chairs the UK menopause taskforce, said: ‘A product has to go through all the regulatory committees and then it goes to the local formulary.

‘They decide to pass it and it gets put on medication lists in a certain area.

‘Theramex, for example, have got a really good alternative product to the gel. They’ve got warehouses full of it, but [there are] only two areas where the CCGs have done the formulary procedure and it’s available.

‘That stuff is physically available in warehouses. What we need is a way of triggering a national formulary so that the product becomes available to women right across the UK, not just women in those two geographical areas.’

She said the number of women asking for HRT has ‘far outstretched’ expectations, thanks to high-profile campaigners such as Davina McCall raising awareness of debilitating symptoms.

‘It’s been growing year on year,’ she said. ‘That shortage isn’t anywhere else, only in the UK.

‘The Government is letting women down. I don’t understand how they couldn’t see it coming. A national formulary would mean that when something like this happens, the stuff is available. 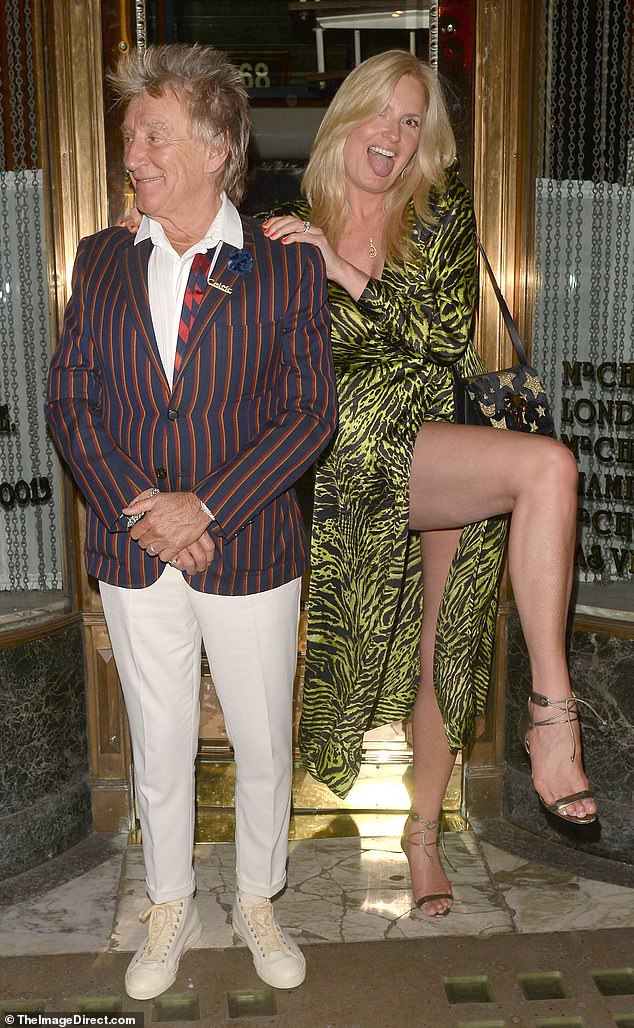 Penny Lancaster, 51, was initially prescribed anti-depressants for the menopause

‘You’d be able to cut out the postcode lottery of it all. Women are desperate now.’

The Mail analysis reveals that in February the highest number of Oestrogel prescriptions was in the Herefordshire and Worcestershire CCG area with 214 per every 10,000 women aged 45-55.

At the other end of the scale, in North Tyneside there were only 12 prescriptions in this age group, while in the NHS Northumberland CCG it was just 13.

‘It takes a long time [to approve products] because a doctor has to submit the business case and attend meetings which is a big admin burden for them,’ she said. 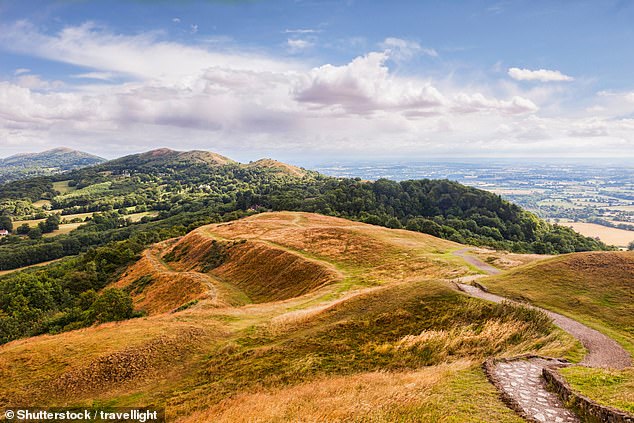 The Mail analysis reveals that in February the highest number of Oestrogel prescriptions was in the Herefordshire and Worcestershire CCG area with 214 per every 10,000 women aged 45-55 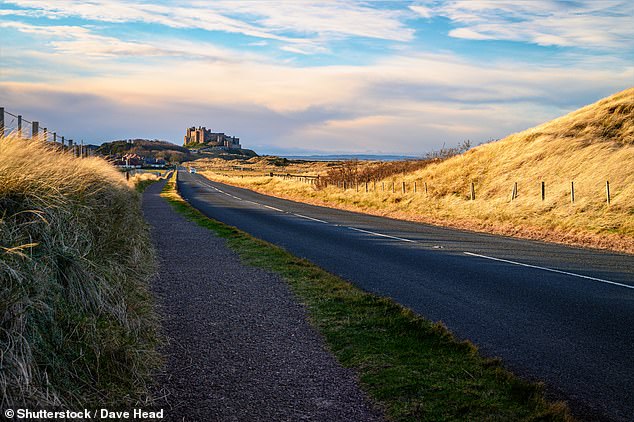 At the other end of the scale, in North Tyneside there were only 12 prescriptions in this age group, while in the NHS Northumberland CCG it was just 13

‘Couple this with the fact that gynaecology has one of the biggest waiting lists and many formulary committee meetings are months behind because of Covid, you have the perfect storm. ‘A national formulary could be put in place tomorrow which would dramatically help.’

Some women have described getting Oestrogel as ‘winning the lottery’, while experts reveal others are ‘crying out’ for help.

Many pharmacies have run out and have not been able to restock. There are also shortages of other brands, such as FemSeven Sequi patches, which have been blamed on the pandemic.

Heidi Salter, founder of the UK HRT and Menopause Support Group, warned that women were ending up in A&E.

Covid cases more than HALVE in a fortnight

Covid cases are in freefall...

The many manifestations of long COVID