As Scott Rudin steps back, will Hollywood cut him off? 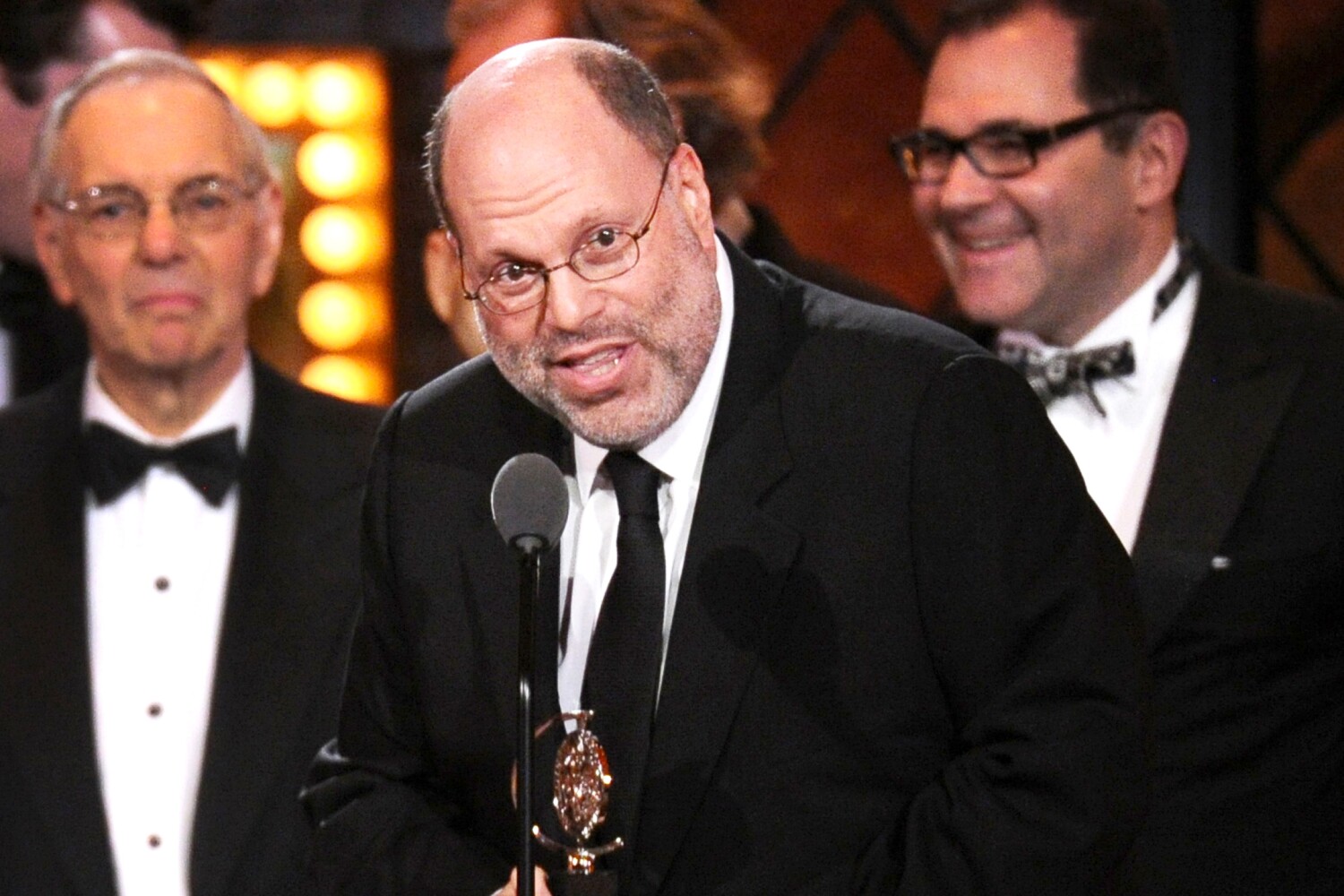 The allegations of abusive and bullying behavior by producer Scott Rudin are the latest example of how a cultural shift that started with the #MeToo movement against sexual harassment has evolved into a broader push for accountability in toxic workplaces.

Investigations by the Hollywood Reporter, Vulture and the New York Times revealed harrowing accounts of Rudin’s alleged treatment of assistants, interns and others that has led to condemnation from some in Hollywood and Broadway.

After the Hollywood Reporter’s initial story this month, the Oscar and Tony winner pledged to “step back” from Broadway productions as well as film and streaming projects, saying he was “doing so to take the time to work on personal issues I should have long ago.” Rudin is no longer producing stage versions of “To Kill a Mockingbird,” “West Side Story” and an upcoming revival of “The Music Man.”

In response to the New York Times investigation published Saturday, Rudin said that he was “profoundly sorry” for his behavior and that he was resigning from the Broadway League, the trade association of stage producers and theater operators.

The allegations range from shouting and intimidation to incidents of Rudin throwing objects at workers and, in one case, smashing a computer on an employee’s hand. The New York Times’ follow-up story, which focused on his dealings on Broadway, further described his penchant for wielding his power in the industry, with playwright Adam Rapp comparing him to as “like a mafia boss.”

But Hollywood’s response to the allegations about Rudin — known for movies such as “No Country for Old Men” and “The Social Network” and stage shows including “The Book of Mormon” — has been muted, raising the question of whether long-term consequences will result.

Few Hollywood luminaries have spoken publicly about Rudin in the wake of the allegations. During Sunday night’s more than three-hour Academy Awards ceremony, the allegations against Rudin weren’t mentioned. The Oscars, which didn’t have a host this year, normally prides itself on taking a stand on social issues, especially ones that affect the industry, like sexism and racism.

Some have spoken up, such as producer and Annapurna Pictures founder Megan Ellison. “Similarly to Harvey [Weinstein], too many are afraid to speak out,” she wrote on Twitter. “I support and applaud those who did.”

Author Michael Chabon, who worked with Rudin on a film adaptation of “The Amazing Adventures of Kavalier & Clay” that never came to fruition, on Friday wrote an apologetic blog post about his silence. “I heard stories of Scott’s tantrums and vindictiveness, but not of smashed hands and people pushed out of moving cars,” he wrote on Medium. “But I knew enough.”

Actress Tavi Gevinson, whose first Broadway role was in a Rudin production — Kenneth Lonergan’s “This Is Our Youth” — wrote a piece in Vulture titled “Art Doesn’t Need Tyrants.”

The Producers Guild of America said it would form a task force against bullying in the entertainment industry. Leaders of the Actors’ Equity Assn. and Hollywood labor unions SAG-AFTRA and the American Federation of Musicians Local 802 issued a statement calling on companies to combat workplace bullying. “We demand action on the part of our corporate counterparts to swiftly address credible allegations of harassment,” the groups said.

But it’s unclear what ramifications will result from the allegations against Rudin, a producer with longstanding clout whose credits include “The Truman Show,” “The Firm” and “The Grand Budapest Hotel.” He has benefited from and supported the careers of filmmakers including the Coen Bros., Wes Anderson, Greta Gerwig and Aaron Sorkin, none of whom has commented on the allegations.

A former employee of Rudin’s who requested anonymity for fear of reprisals expressed disappointment at the lack of response from major Hollywood players. “There’s not a lot of consequence for him,” the person said.

A representative for Rudin did not respond to requests for comment.

Companies with direct business ties to Rudin have not publicly addressed the allegations, including indie film distributor A24 and Disney-owned FX. The reaction contrasts with the response to sexual misconduct allegations against people like Louis C.K., with whom FX cut ties after he admitted inappropriate behavior.

Legal experts note that sexual harassment in the workplace is illegal, whereas bullying is not, unless it’s because of a characteristic protected by federal or state law.

“If it’s a hostile work environment, it doesn’t mean a thing in terms of legality or illegality unless we’re talking a protected characteristic,” said Robert Hudock, an employment lawyer and founder of Hudock Employment Law Group, which represents employers. “A lot of people have a misconception about this.”

New York-based A24, which had multiple Rudin projects in various stages of development and production, has not commented. The company is no longer working with the producer, and Rudin will no longer be involved in the films he was working on for A24, according to a person familiar with the matter who was not authorized to comment.

The New York-based studio’s lineup includes five movies that had Rudin ties and are in various stages of production and development. They include “The Tragedy of Macbeth,” directed by Joel Coen and starring Denzel Washington and Frances McDormand, which wrapped shooting last summer, and “The Humans,” starring Steven Yeun. Rudin is also no longer involved in “Red, White and Water,” starring Jennifer Lawrence; “Everywhere All at Once,” starring Jamie Lee Curtis; and “Men,” which Alex Garland is planning to direct from his own script.

What A24’s move means in practical terms, no one close to the projects would say. The source did not say whether Rudin’s name would simply be removed from the credits or whether he would still participate financially in the upcoming pictures.

Rudin is producing “The Woman in the Window,” a Joe Wright-directed thriller from Disney-owned 20th Century Studios that will premiere on Netflix next month. Disney-owned Searchlight Pictures is also set to release Anderson’s “The French Dispatch,” which lists Rudin as an executive producer, the latest in a long collaboration with the director. FX runs the vampire satire “What We Do in the Shadows,” on which Rudin serves as executive producer.

Sony Pictures previously released many of Rudin’s best-known hits, including “The Social Network” and “Captain Phillips.” Rudin got caught up in the 2014 Sony hack after stolen emails revealed him making racially charged jokes with then motion picture group head Amy Pascal about Barack Obama. Both Pascal and Rudin apologized.

Rudin does not have any active projects at Sony and hasn’t for years, the Culver City studio said.

Hollywood insiders said that while his credits could possibly be taken off some projects, the financial components of his film deals, governed by contracts, will probably remain intact. On completed projects, he’s probably already been paid, and it’s unlikely a studio would try to claw that money back, said one producer who did not want to be named discussing Rudin.

Part of the muted reaction is explained by a lack of surprise. Rudin’s volatile temper has been the stuff of legend for years in the film industry and on Broadway, exemplified by a 2005 Wall Street Journal profile headlined “Boss-Zilla!” which illustrated how young people lined up to work for the producer despite his reputation.

Rudin is also one of the most prolific and decorated producers in the industry. He’s one of a handful of people to have achieved a so-called EGOT — winning an Emmy, a Grammy, an Oscar and a Tony. The EGOT club includes just 16 people, such as Mel Brooks and Whoopi Goldberg.

Some producers and executives do not expect Rudin to go away forever. He may take some time away before testing the waters again, but his career trajectory will depend on whether talent will work with him by bringing him projects and sharing scripts, they said. Rudin’s ability to lock up the rights to major book projects for adaptation has given him a strong foothold in the industry.

“I don’t see him fully letting go,” said one producer who knows Rudin. “Talent wields a lot of power.”

‘Who Killed Sara?’ star Carolina Miranda on her breakout role

Sofia Pernas and Justin Hartley are Full-On MARRIED, You Guys!

‘Asians Americans feel as if they are under siege’: Nearly 80% of this community say they experience racism in the U.S.