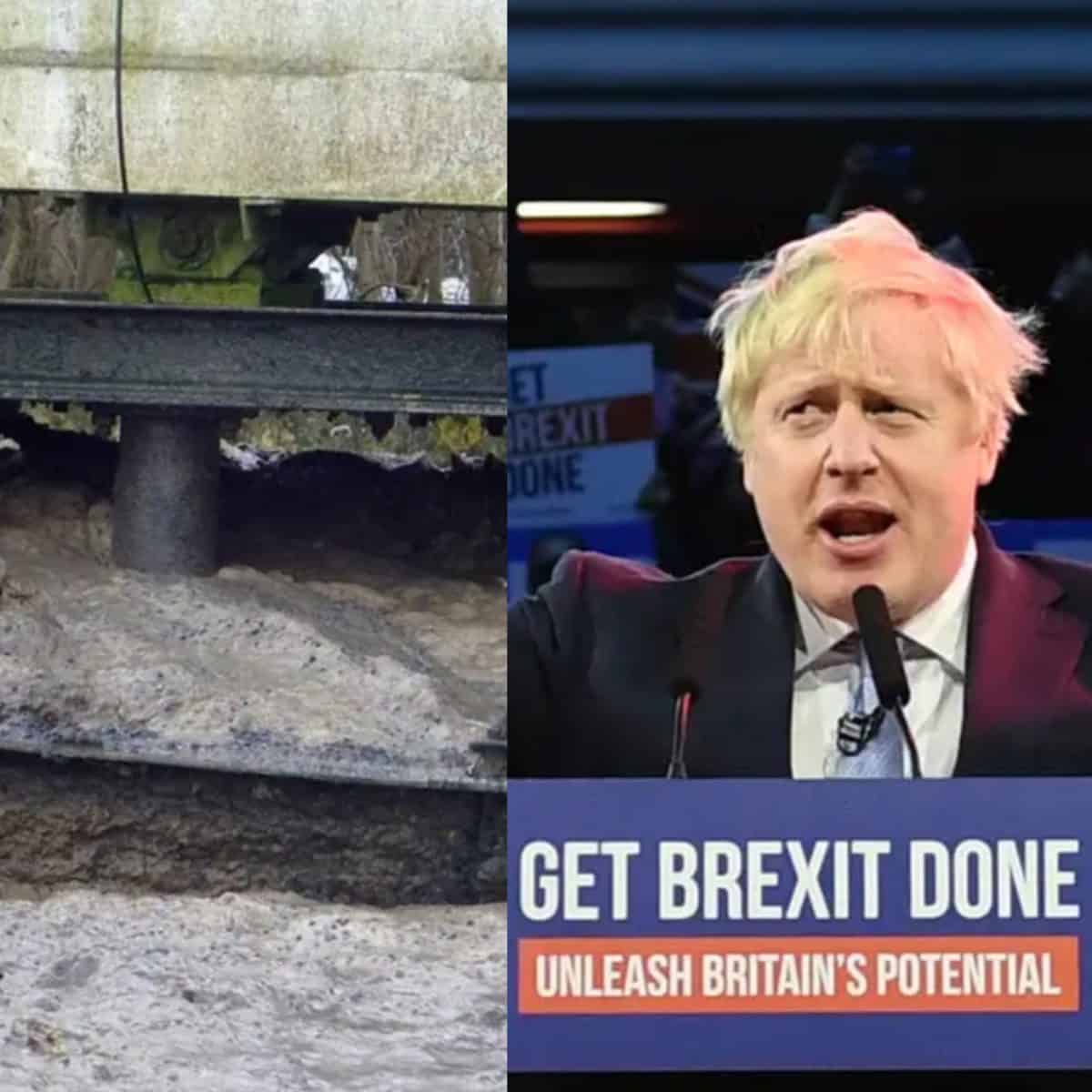 As sewage pours into the sea along England’s south coast, eagle-eyed commentators are flashing back to environment minister Zac Goldsmith that environmental regulations wouldn’t be weakened after Brexit.

Last week, MPs voted by 268 to 204 to disagree with an amendment to the Environment Bill tabled in the Lords which sought to place a new duty on water companies to reduce raw sewage discharges into rivers and demonstrate reductions in the harm caused by the discharges.

Sewage can be pumped out of the sewerage system and into rivers through combined sewer overflows – otherwise known as a storm overflow or release valve. The overflows are designed to release excess water following heavy rain or a storm to stop sewage backing up into homes.

And, on Tuesday, footage of untreated sewage being released into Langstone Harbour in Hampshire went viral online – and drew harsh comparisons with Goldsmith’s promise of a greener post-Brexit Britain.

Goldsmith – who was handed a peerage by Boris Johnson last year – told the BBC in 2019 that the government’s long-awaited environment bill would put climate campaigners’ worries “to rest”.

Meanwhile, a Labour MP has hit out at the government for weakening environmental standards – despite promises to do the opposite.

Peter Kyle, who represents the Hove and Portslade constituency in Brighton, spoke of the difference between water standards before and after UK’s exit from the EU in his own constituency.

He told the BBC: “I remember very well how proud we were as a community in Brighton Hove, flying the flag when we met the top standards of the EU.

“We were told we were going to maintain that, and we’re not, and the government is stymying every single opportunity that we have to maintain those standards and to regulate and sample and make sure every company that serves our country with water quality maintains the best standards in Europe.

Kyle said regulators for water quality had a 63 per cent cut to their budget and are now doing 40 per cent less sampling of rivers.

He said that in his constituency, this means private utility company Southern Water, responsible for public wastewater collection and treatment, has been repeatedly discharging raw sewage into waterways, rivers and the sea.

He added: “We were told specifically when we left the EU that we would maintain environmental standards.

“I will not stand for these whizzle words, that says it was uncosted and all the rest of it, we’re talking about standards, either we maintain the standards or we scrap them. The government is scrapping them, and scrapping the funding for the people who maintain them.”

The Commons rejected efforts to place a legal duty on water companies to ban raw sewage discharges into rivers. Raw sewage was discharged into waters more than 400,000 times in 2020 alone.

MPs also voted down proposals to name an independent environment watchdog, without giving any reason for the decision.

The watchdog would have kept a vigilant eye on the implementation of the Environmental Bill legislation.

Another amendment MPs rejected would have obliged the environment secretary to meet “interim targets” on environment protection – rather than the “long-term” ones under the bill, which involve 15 years or more.

The reason offered was that George Eustice – the environment secretary – “should not be placed under a statutory duty to meet interim targets.”

Related: Tories vote down green amendments days before COP26 – what to know