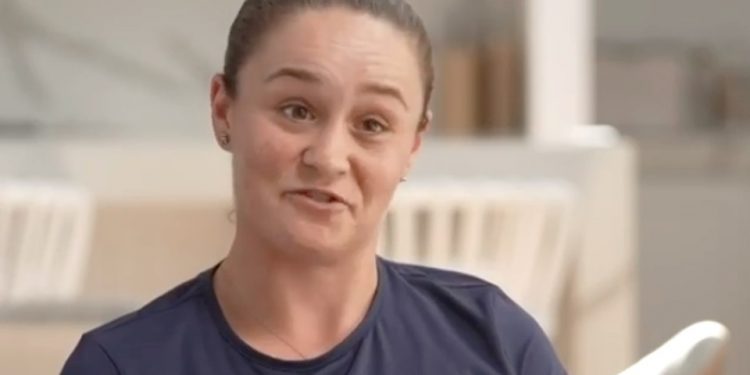 
Former tennis world No.1 Ash Barty has revealed details of her new off-court career, with not a tennis racquet in sight.

Barty shocked the sporting world when she last month announced her retirement from tennis at the age of just 25.

Speculation has been rife as to what the Wimbledon and Australian Open champ would do next – including international cricket – but few guessed she would become an author.

Barty has revealed she will produce a series of children’s books, entitled Little Ashas her first major post-tennis project.

Publisher HarperCollins has already begun promoting the books, offering fans an idea of what to expect on its website.

“It’s the day of the tennis tournament and Ash is so excited to compete,” an excerpt on the publisher’s website reads.

Illustrated by First Nations artists Jasmin McGaughey and Jade Goodwin, the first in the Little Ash series is scheduled to be published in July.

The Courier Mail reported that the six-book series will be based on the real-life experiences of the three-time grand slam singles winner – both on and off the court.

Barty made her bombshell retirement announcement on March 23, when she said her tennis retirement plans were set before having “one last crack” and marching to a dominant Australian Open title in January.

Barty created history at the time by becoming the first local player to win the Australian Open title since Chris O’Neil in 1978.

Speaking alongside coach Craig Tyzzer at a media conference to announce her plans, Barty revealed a wedding date with fiance Garry Kissick had been set but remained coy on her next professional move.

“[Tennis has] given me all of my dreams plus more, but I know that the time is right now for me to step away and chase other dreams and to put the racquets down,” she said at the time.

Easter travel chaos: what to do if your flight is delayed or you catch Covid | Consumer rights

Easter travel chaos: what to do if your flight is delayed or you catch Covid | Consumer rights