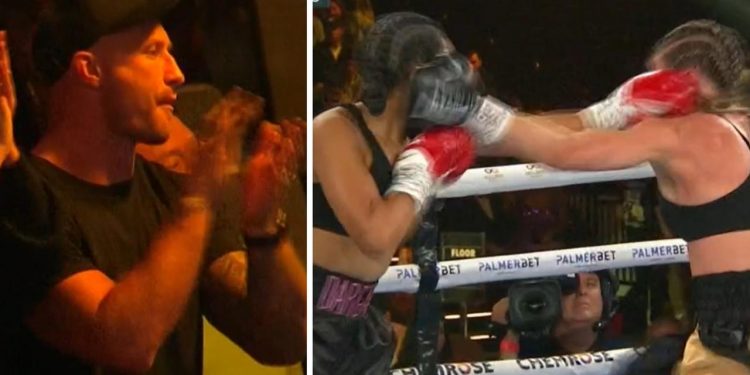 Sims, the partner of NRL player Tariq, and Dargan were each making their professional boxing debut third from the top.

Facing just eight minutes of boxing across four two-minute rounds, the pair held nothing back from the opening bell, each delivering a stunning non-stop barrage of blows.

Dargan got the advantage early before Sims stormed back into the fight.

“That is Tariq Sims watching his partner in a war!” commentator Ben Damon said on Fox Sports.

“I did not see that (fight) coming. That’s incredible.”

Legendary commentator Barry Michael declared it was one of the best women’s fights he had seen.

No Limit Boxing’s George Rose got on the mic before the decision was announced and declared each woman would be given a $5,000 bonus for their performances.

Both women agreed a rematch should be on the cards after the incredible display.

The Jordan Petaia fullback experiment is getting ready for take-off