Rounding off our review of the 2021 season, ATPTour.com looks back at the biggest Grand Slam upsets of the season, starting today with three of the top five upsets. We’ll review the top two tomorrow.

5) Roland Garros, First Round, Pablo Andujar d. Dominic Thiem 4-6, 5-7, 6-3, 6-4, 6-4
A defeat of Roger Federer in Geneva on clay only two weeks before Roland Garros did not harm Pablo Andujar’s self-belief, even if it was the Swiss star’s first match back from knee surgery.

But while the Spaniard arrived in Paris with a career-best win under his belt, the draw had not been kind. He was scheduled in the first round to face fourth seed and two-time finalist Dominic Thiem, a player whom he had not beaten in three prior ATP Head2Head meetings.

Thiem was the reigning US Open champion but had battled with injuries earlier in the season before his return to clay in May, typically his most successful surface. However, there were worrying signs leading up to the tournament where he had reached the final in 2018 and 2019 and the quarter-finals last year.

Thiem lost three of his seven matches on clay leading in, including a second-round departure in Rome and a first-round defeat in Lyon. Still, there was nothing to suggest he was about to hit a wall against the World No. 68 after he took the opening two sets in just under two hours.

The 35-year-old Andujar had not won a match at Roland Garros since he reached the third round in 2015, but he began to exploit a mounting error count from his opponent as he took the third set on Court Philippe-Chatrier.

Thiem had never fallen at the first hurdle in seven previous Roland Garros appearances, and his opponent had never come back to win a match after dropping the opening two sets. After breaks were traded at the start of the deciding set, it was Andujar who carried the momentum from a decisive break at 2-2 to a 4-6, 5-7, 6-3, 6-4, 6-4 victory after four hours and 29 minutes.

“It is very special to win here at Roland Garros,” Andujar said. “[It was] such an emotional win for me, being two-sets-to-love down against an amazing player.”

It was just the second time Thiem had lost from two sets up, following his fourth-round defeat to Juan Martin del Potro at the 2017 US Open. He finished the day with 61 unforced errors and was at a loss to explain his capitulation.

“Losing after being two sets to zero up, it’s very strange to me, and I have to think about what’s wrong at the moment,” Thiem said. “…I’ve never had losses like that, especially here at Roland Garros.” 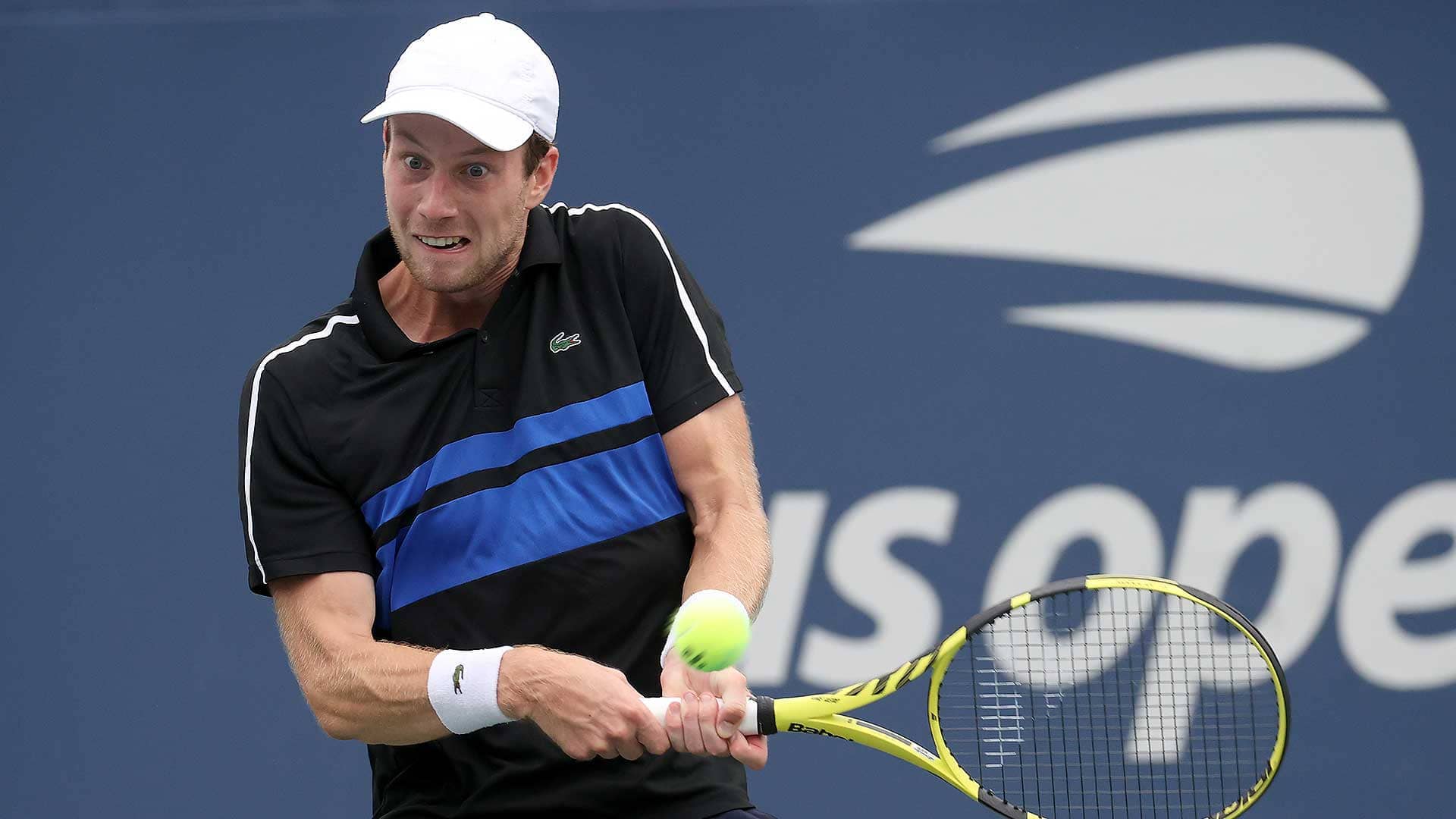 The 25-year-old Netherlands athlete, who had qualified at the three previous Grand Slam events, did it again in New York. The three matches had a curious symmetry; playing against Tomas Barrios Vera, Ben Shelton and Enzo Couacaud, van de Zandschulp lost the first set, only to win the next two. In his first-round main-draw match, van de Zandschulp dug deeper, dropping the first two sets against Carlos Taberner before rallying famously for the victory.

This was all well and good – none of the players were ranked among the ATP’s Top 100 – but second-round opponent Casper Ruud was No. 11 in the FedEx ATP Rankings and in the midst of a sensational stretch that included three consecutive titles on clay in July. The 22-year-old from Norway won in Bastad, Gstaad and Kitzbühel – and then reached the quarter-finals on the hard courts of Toronto and Cincinnati – and was suddenly in play for a berth at the year-end Nitto ATP Finals in Turin, Italy.

True to recent form, van de Zandschulp began poorly, double faulting on a pair of break points to give Ruud the first set. Of course, now he had the Norwegian right where he wanted him – and proceeded to win the second set.

“I had the feeling I was leading while it was still one set all and we were on serve for a long time in the second set,” van de Zandschulp said afterwards. “This [season] is the first time for me to play best of five. It’s an unbelievable feeling.”

Across the final three sets, the Dutchman didn’t give him anything – prevailing on each of the 10 break points he faced – riding a dramatically improved service game. He was particularly deft at net, following well-timed, aggressive shots forward and converting 22-for-29. There were an even 50 winners, a plus-15 margin to unforced errors. Surprisingly, fatigue was not a factor, despite the fact van de Zandschulp had been on the US Open courts for nearly 10 hours before encountering Ruud.

“I think I can go further in the tournament if I play like today,” he said after the match.

That approach worked nicely in a win over fellow qualifier Facundo Bagnis in the third round, naturally, after losing the first set. Van de Zandschulp had now won an incredible 16 major matches in 2021, including qualifying.

The Dutchman went on to upset No. 14-ranked Diego Schwartzman in the fourth round in a five-set thriller before falling to Medvedev in the quarter-finals. It was van de Zandschulp’s eighth match of the tournament and those points moved his career-high FedEx ATP Ranking of No. 117 up to a dizzying No. 62. He would finish the season at No. 57.

The good news? He probably won’t have to qualify for Grand Slam events in 2022. 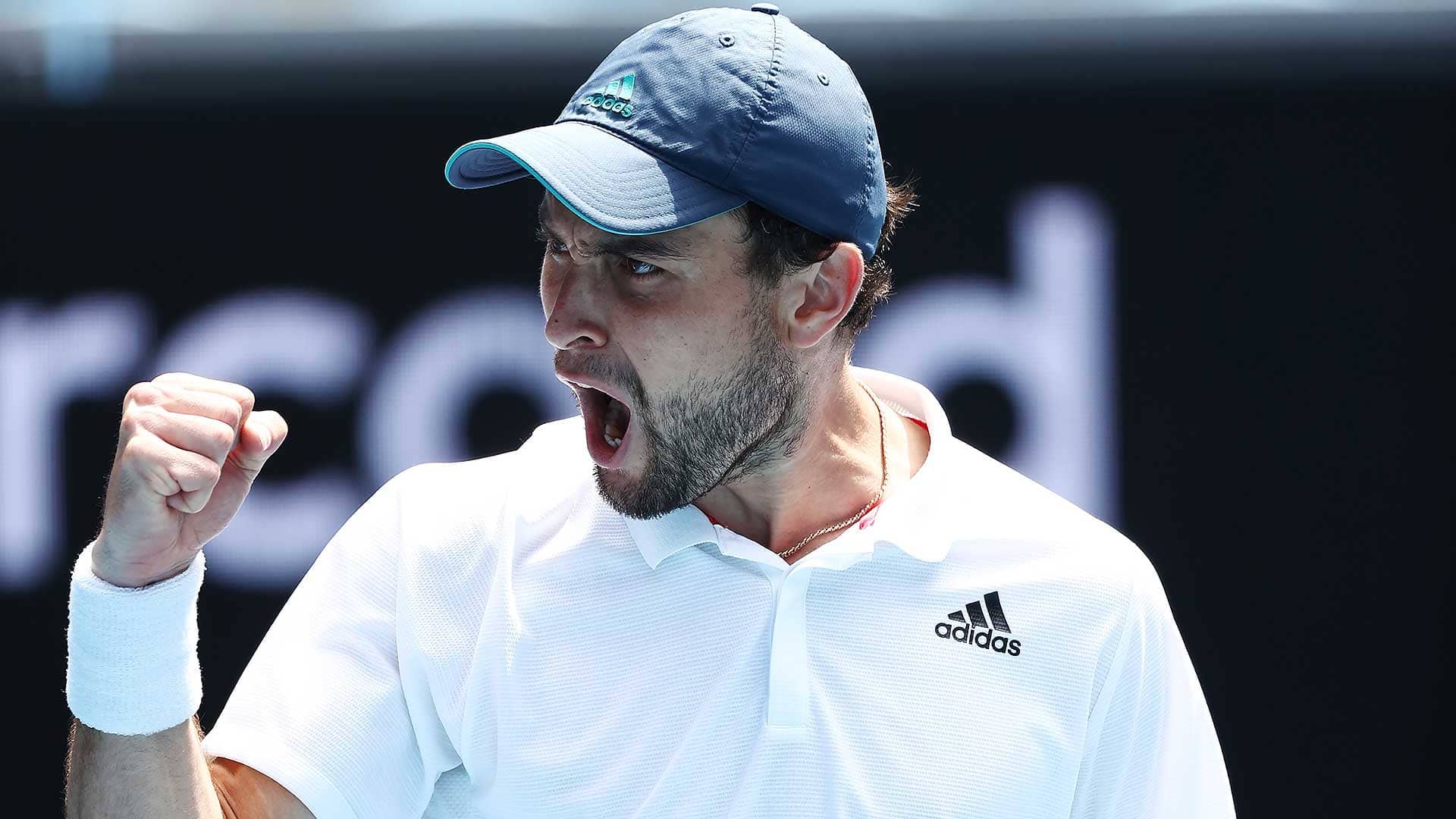 Photo Credit: Matt King/Getty Images
When Daniil Medvedev and Andrey Rublev swept all before them to guide Russia to the ATP Cup title in February, few could have predicted one half of the team’s doubles envoy was about to embark on an extraordinary run in singles at the ensuing Australian Open. World No. 114 Aslan Karatsev had fallen in all three doubles ties contested but Medvedev hailed him Russia’s “secret weapon”.

Competing all week alongside his Top 10 countrymen had clearly rubbed off. Karatsev made an immediate impact in his maiden Grand Slam main-draw appearance, surging into the third round, where he notched his first Top 10 victory over eighth seed Diego Schwartzman.

Russia’s secret weapon was not so secret anymore. Karatsev was outside the Top 250 in the FedEx ATP Rankings in March last year, but since the resumption of the ATP Tour from a Covid-19 pandemic hiatus, the 27-year-old won 18 of his final 20 ATP Challenger Tour matches in 2020.

In the fourth round of this year’s Australian Open, the qualifier was tasked with taking on 20th seed Felix Auger-Aliassime, after the #NextGen ATP Canadian upset his countryman Denis Shapovalov in the third round. The 20-year-old struck form leading in as he reached his seventh tour-level final at the Murray River Open (l. to Evans).

Auger-Aliassime looked in complete control as he took the opening two sets in just 70 minutes before the Russian began to find his range. After he was broken three straight times to concede the second set, Karatsev was never broken again as he swung the contest in his favour with clean, heavy ball-striking off both wings.

His 3-6, 1-6, 6-3, 6-3, 6-4 victory made him the first qualifier to reach the Australian Open quarter-finals since Goran Ivanisevic in 1989 and the first to reach the last eight in their Grand Slam debut since Alex Radulescu at Wimbledon in 1996.

“It was really tough in the beginning to play with him,” Karatsev said on court. “He’s a really good player and he’s playing really fast. It took me two sets to find a way how to play… I’m feeling good. Of course, a bit tired. But what could I do? I put everything in this match. I’m happy.”

Auger-Aliassime was left to rue a missed opportunity to reach his first Grand Slam quarter-final. Neither player had gone five sets before, but despite the defeat the Canadian felt he learned plenty.

“It’s the first time I played five sets, first time this happens to me, maybe not the last one,” he said. “We’ll see, but I’ll just try to learn from that and be better next time.”

Read More From Our Best Of 2021 Series