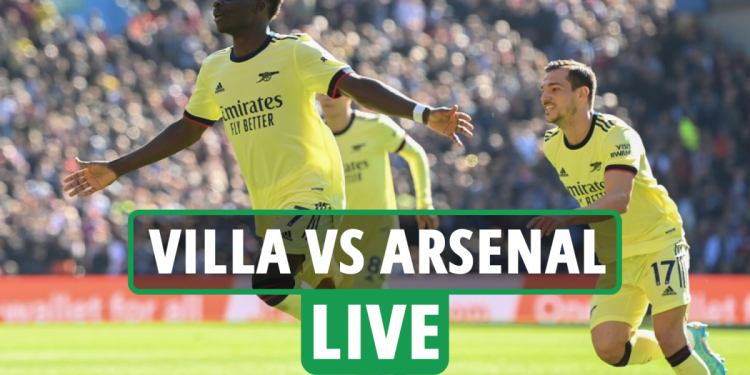 30. Arsenal have the lead they deserve!

Bukayo Saka has been so heavily involved in the opening half hour, and it comes as no surprise that he’s the player to find the net.

It’s sloppy play from the home side, who fail on multiple occasions to deal with a free-kick on the right, initiated by Saka’s dribble off the touchline.

The forward plays Cedric to the touchline, whose cross into the penalty area causes chaos.

Eventually, it’s cleared to the edge of the penalty area, but only as far as Saka, who hits an effort into the ground off his shin, through a crowd of players, and past the late dive of Emiliano Martinez.