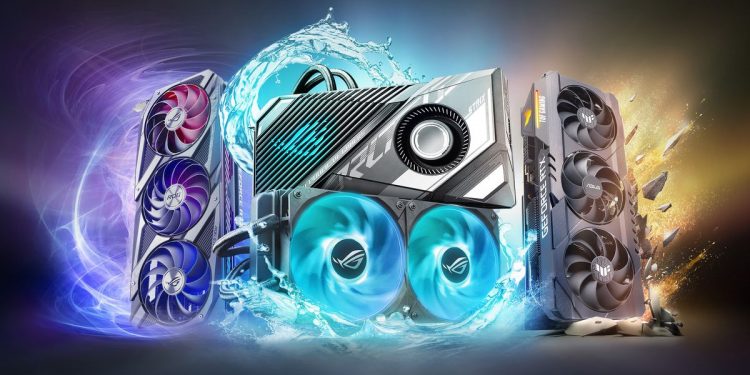 The company says that consumers will see the lower prices “starting on April 1st, 2022” and coming to “different models throughout the springtime.”

The explanation is likely tariffs, not tricks

Yes, I also narrowed my eyes and furrowed my brow when I heard that the change was set to start on April Fools’ Day. But Asus cites a specific reason for the prices going down — a “tariff lift on Chinese imports from the Office of the United States Trade Representative.” In early 2021, the Trump administration started imposing a 25 percent tax on graphics cards imported from China after an exemption carved out for them in tariffs from 2018 expired. At the time, Asus told The Verge that it would increase the MSRP of its cards as a result (it cited the tariffs, among other factors).

On March 23rd, however, the Office of the United States Trade Representative announced that it will be reinstating that exemption through December 31st. Given that it raised its prices because of the tariffs, it makes sense that Asus would lower prices now that the tariffs are gone (though whether they stay gone is another question entirely).

There’s still the question, though: will this make it easier and / or cheaper for me to get a graphics card? The answer is… well, it’s exhausting because of how complex buying electronics can be in 2022. First of all, it’s hard to imagine this tariff change having a noticeable impact on the chip shortage, meaning that suppliers will still be limited on how many cards they can actually make. Demand was already exceeding supply, but with lower list prices, you may have to compete with even more people who want to buy a GPU and who can suddenly afford one thanks to a huge price cut.

It’s also worth noting one important thing: as Asus told PC Gamerit’s reducing the MSRP of its cards. MSRP, of course, stands for manufacturer’s suggested retail price — meaning that, unless Asus has contracts in place to stop them, retailers could always just keep selling GPUs at the same price and make 25 percent more for doing absolutely nothing. That’s not to say that they will, of course, but it is a possibility. And even if we trust stores to have reasonable prices, can we really expect the same from the scalpers and crypto miners trying their best to get their hands on as many GPUs as possible?

With that said, it’s not all doom and gloom. One retailer predicted that, by April or May, we could see GPU prices get closer to MSRP, according to a report from TechRadar. Since a large graphics card seller is promising to cut its prices by up to a quarter, that could mean genuinely good things for PC builders come summer — if everything pans out, that is. Either way, this price drop is at the very least a sign that manufacturers are looking to make graphics cards more affordable for consumers. Now Asus just has to make enough of them for that to make a difference.

MSI, Gigabyte, and EVGA didn’t immediately respond to The Verge when asked whether they also had plans to adjust pricing based on the tariff changes.