At least eight dead after a massive explosion destroyed a hotel in Havana, Cuba – CNN

A gas leak is thought to be the cause of the explosion at Hotel Saratoga, according to the Cuban Presidential Office, who said that more details would follow.

“Everything indicates that the explosion was caused by an accident,” the Cuban Presidential Office said in a tweet, adding that at least 30 people have been hospitalized after Friday’s blast.

Witnesses described a “massive blast,” which appeared to destroy buses and cars outside the hotel in the center of the city. 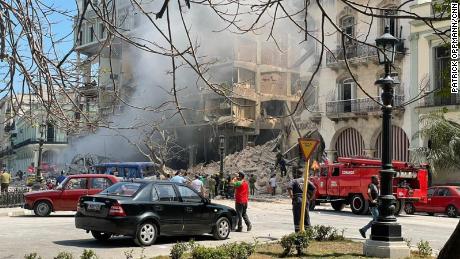 Images from the scene showed the blown-out facade of at least three floors of the ornate green-and-white stuccoed building. Plumes of dust and smoke could be seen rising around debris on the ground.

Cuban President President Miguel Diaz-Canel visited the site of the explosion on Friday and Hermanos Ameijeras hospital, where a number of victims were sent to, according to images shared by the Presidential Office on Twitter.

He said the explosion was “not a bomb nor an attack, it’s a regrettable accident,” after returning to the site of the blast, according to the Cuban Presidential Office. 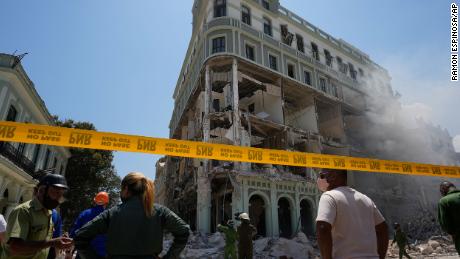 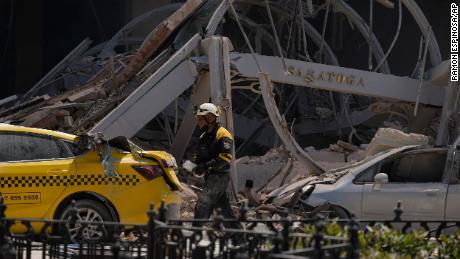 Mexico’s foreign minister tweeted his solidarity with explosion’s victims. “Our solidarity to the victims and those affected as well as the people of that dear fraternal nation,” Marcelo Ebrard said in a tweet.

The hotel, which was built in the 1930s and has 96 rooms, was reopened in 2005 after refurbishment, according to its website.

This is a developing story and will be updated.