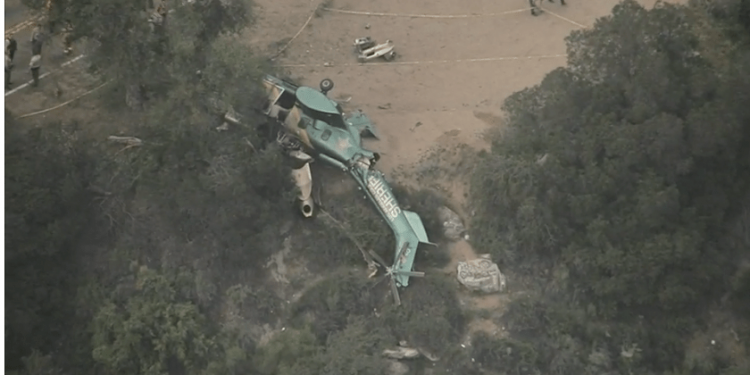 Six people on board an LA County Sheriff’s Department helicopter suffered a variety of injuries after it crashed in the Angeles National Forest Near Azusa Saturday, the LA County Fire Department said.

The crash occurred at approximately 4:56 p.m. near Highway 39 and East Fork Road as the LASD Air Rescue 5 helicopter was responding to a service call.

All six occupants of the aircraft survived, including a doctor from UCLA who was on a ride along. None of them suffered critical injuries, LA County Sheriff Alex Villanueva said in a press conference Saturday.

An investigation is ongoing.