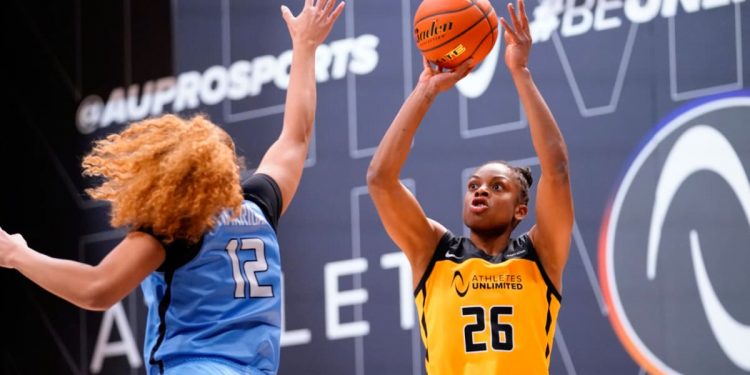 Athletes Unlimited’s inaugural season of women’s basketball wrapped up Saturday night, but the league announced Sunday that it will return for a second season in 2023.

Through Athletes Unlimited, women’s basketball players who might otherwise play overseas in the winter have an opportunity to play domestically. The league played all its games at Athletes Unlimited Arena at the Sport Center of Las Vegas.

The league features four teams of 11 players, but players are redrafted each week. As a result, the inaugural season crowned an individual rather than a team champion on Saturday.

Atlanta Dream forward Tianna Hawkins won the title after earning the most points in the league’s system, which rewards both individual and team performance. Hawkins led the league in rebounds (166) and double-doubles (11). She also ranked second in points (357) and owns single-game records for points (43), leaderboard points (790) and field goals (19).

Hawkins is one of 11 WNBA players to participate in Athletes Unlimited’s first season, which consisted of 30 games over the course of five weeks.

Players earned average salaries of more than $20,000, including bonuses, though top players earned more based on performance. And players aren’t just playing for themselves. Athletes Unlimited will match 50 percent of players’ season bonuses and donate the money to a charities of their choosing.

Upon the completion of the inaugural basketball season, Athletes Unlimited announced that the league will return for a second season in 2023.

Next season could bring more WNBA talent to the league. The WNBA will be implementing a new prioritization clause for the 2023 season, which requires the players to attend training camp or they will be fined. Playing in a domestic league could make it easier for players to meet that deadline.