Atlanta Season 3 Isn’t Afraid of Anything 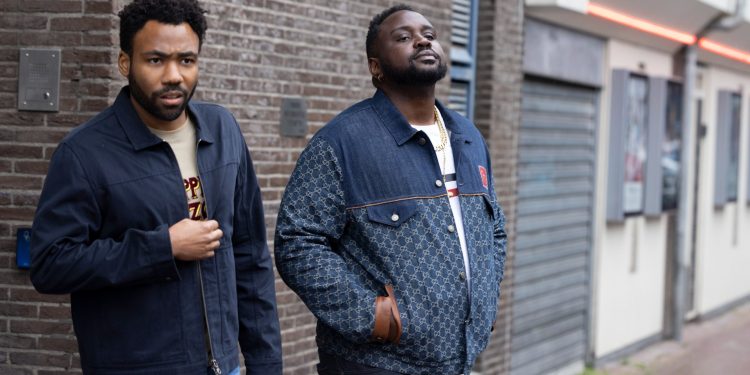 The arc of Paper Boi’s music career provides the framework for the moment-mining that Atlanta is known for. When tuning in to a new episode of the series, no viewer can have a reliable expectation of what they’re about to experience. Any given installment could feature Earn working the logistics of Paper Boi’s latest concert, presenting a dispatch from a fictional local cable channel, or sending Paper Boi into the woods for a journey of Georgian magical realism.

One episode in particular, season 2’s “Teddy Perkins,” has become something of a modern horror TV classic. That half-hour finds Darius visiting the mansion of the reclusive titular musician to buy a piano only to become a prisoner to the man with a pale, mask-like face (played by Glover under sheets of corpse-white makeup).

“The honest truth is a lot of the times when we’re talking about these things [genre episodes] they don’t feel that different from anything else that we’re doing,” executive producer and writer Stefani Robinson says. “Teddy Perkins is a great example. That episode for us was more funny than it was scary. It was more about how eerie this character was and how ridiculous we could conceive of a character.”

Intentional or not, the surreal intersection of horror and comedy continues apace in Atlanta’s long-awaited third season. Though the show hasn’t been on the air since May of 2018, due to Glover’s busy schedule followed by the COVID-19 pandemic interrupting production, when audiences tune in to season 3’s first episode, they won’t see Earn, Paper Boi, Darius, or Van… at least not right away.

Instead, season 3 opens with a quiet moment shared between two fishermen on a lake in the Georgia countryside at night. The moment is dark, eerie, and effectively sets up season 3’s themes of curses, whiteness, and the curse of whiteness.

What’s on TV Saturday: ‘The Many Saints of Newark’ on HBO

What's on TV Saturday: ‘The Many Saints of Newark’ on HBO