“We are scrutinizing new laws that seek to curb voter access, and where we see violations of federal law, we will not hesitate to act,” Garland said in a speech from the Justice Department.

In response to legislative action and election audits, Garland said he was doubling the size of an office in the department’s Civil Rights Division whose attorneys would scrutinize and possibly challenge a slew of laws recently enacted in 14 Republican-controlled state legislatures.

Republicans say they are passing the legislation to bolster public confidence in the voting process. But Garland, echoing the fears of voting rights advocates, asserted such laws actually “make it harder to vote.”

The Justice Department last month sent a letter to Arizona legislators raising concerns about such an audit launched by the Republican-controlled state senate. Legal and voting experts have said the audit’s methodology is flawed. President Biden won the state by about 10,000 votes, the first time since 1996 that a Democrat carried the state. Former President Trump has said without evidence that widespread fraud in that state and others cost him the election, claims that have drawn support for many Republicans.

Garland criticized such audits and new laws for not addressing “the kinds of voter fraud that are alleged as their justification.”

“Many of the justifications proffered in support of these post-election audits and restrictions on voting have relied on assertions of material vote fraud in the 2020 election that have been refuted by the law enforcement and intelligence agencies of both this administration and the previous one, as well as by every court — federal and state — that has considered them,” Garland said.

Garland also expressed concerns about a “dramatic increase in menacing and violent threats against all manner of state and local election workers.”

The attorney general traced the erosion of voter protections to a 2013 Supreme Court decision in Shelby County vs. Holder that eliminated a key provision of the Civil Rights Act requiring states with a history of discrimination to have voting changes cleared first by the Justice Department. He urged Congress to pass bills that would give the department more power to review voting laws before they are enacted by states. Democrats in Congress support such bills.

Garland said the department was also conducting a review of existing laws and practices to ensure they did not discriminate against Black and other voters of color. 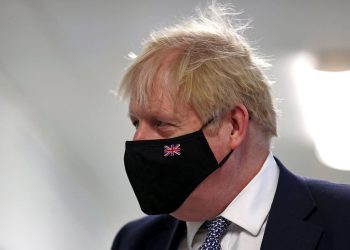