Audi CEO says a pickup is a possibility 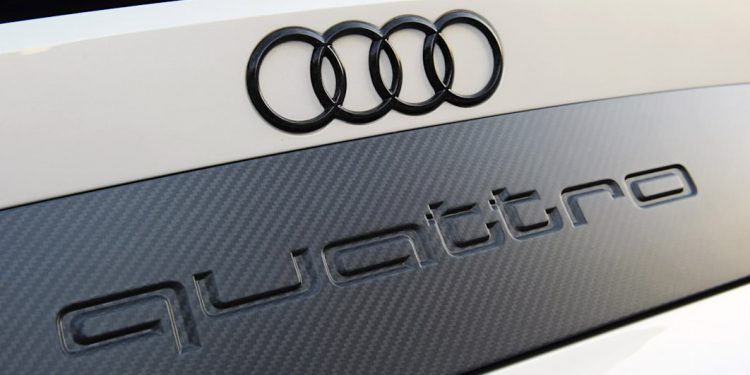 What seemed like a joke question from a reporter about a potential Audi pickup has led to a surprising revelation straight from the CEO’s mouth. Audi head honcho Markus Duesmann didn’t say they were definitely doing it, but dropped enough hints to make it seem like they were just crazy enough to do it.

As Autocar reports, Duesmann was speaking jointly with the bosses of various VW Group brands — Lamborghini, Bentley and Ducati — to journalists ahead of an annual earnings report. One of the reporters asked whether an Audi pickup would ever happen. It seemed like a lark, but Duesmann’s response was unexpected: “I can’t promise that we will do one, but we are looking into it.”

While not an admission of an imminent ute wearing the four-ring logo, it’s not a flat-out rejection like the one immediately issued by Bentley CEO Adrian Hallmark, who quipped, “I would not love to have one in the Bentley portfolio.”

The report goes on to say that Duesmann added, “Actually, we will present – not too far from now – maybe something.”

Audi used the earnings report meeting to unveil the A6 Avant E-Tron, already on its way to production, proving that the brand’s not shy about pursuing body styles most automakers have given up on.

For years, German automakers have played an on-again, off-again game with pickups. Mercedes strung us along about a pickup way back in 2015, only to reveal a Nissan Navarra-based X-Class that was unceremoniously yanked from the market after just two model years. Volkswagen has been more successful with its Amarok, though the soon-to-debut second generation will be built atop a Ford Ranger platform.

While Audi could leverage parent company Volkswagen for its own version of the Amarok, it would have to take a different tack than the X-Class in order to avoid its failures. Curiosity piqued, though.

Social Security Benefits for Children: How They Work

The company was founded as...

Social Security Benefits for Children: How They Work