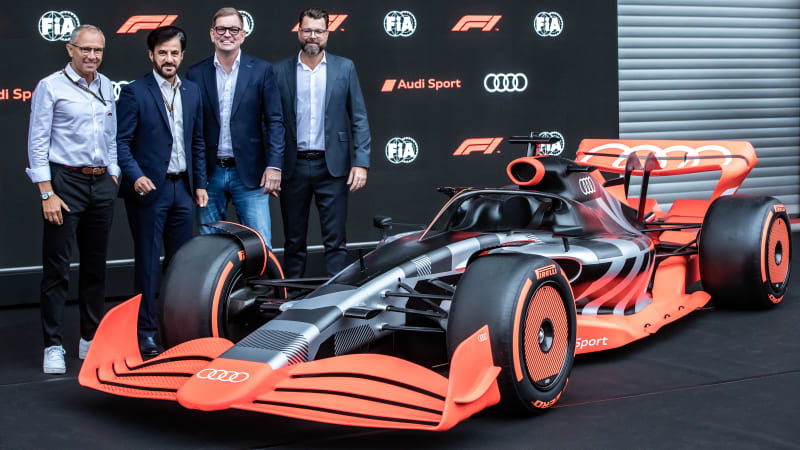 HINWIL, Switzerland — German manufacturer Audi has chosen Formula One team Sauber as its factory works team when it enters the racing series in 2026.

Sauber said in a statement on Wednesday that Audi also plans to acquire a stake in the Sauber Group, although no financial details on the shareholding or the timing of it were given.

It was not immediately clear if Audi will run its own team or only supply engines to Switzerland-based Sauber.

“To become Audi’s official works team is not only an honor and a great responsibility,” Sauber F1 team principal Frederic Vasseur said. “It’s the best option for the future and we are fully confident we can help Audi achieve the objectives they have set for their journey in Formula One.”

Sauber’s title sponsorship with Alfa Romeo finishes at the end of next year. The team is in sixth place in the 10-team constructors’ championship, but is only one point ahead of Aston Martin with three races left this season.

Audi announced in August that it was entering F1 as a power unit supplier in 2026 in line with new engine regulations, and was widely expected to team up with Sauber.

Sauber will continue to use Ferrari engines until 2025.

Audi will then manufacture its own power unit in an era when there will be a greater emphasis on sustainable fuels and an increased electrical component in engines.

From 2026, the electric power output for the power units, consisting of an electric motor, battery, control electronics, and a combustion engine, will increase.

The electric motor will then be nearly as powerful as the combustion engine and the highly efficient 1.6-liter turbo engines will run on advanced sustainable fuel, which Audi says was a prerequisite for entry into the series.

“Audi is the best strategic partner for the Sauber Group,” Sauber chairman Finn Rausing said. “It is clear that we share values and a vision, and we look forward to achieving our common goals in a strong and successful partnership.”

F1 president Stefano Domenicali said Audi’s partnership with Sauber is further proof of how the series is becoming more attractive.

“The combination of those two names is a very exciting prospect for our sport,” Domenicali said. “It highlights the strong momentum that Formula 1 has and the belief in our strategy to further grow and enhance the sport while delivering on our sustainability plans to be net zero carbon by 2030 with advanced sustainable fuels in the cars in 2026.”

An insider’s guide to Britain’s best hidden Roman sites, from London to York

BUSINESS LIVE: Bank profits on the up; Reckitt boosted by price hikes

Why we picked Joe Manchin, Elon Musk as All-Stars

It's easy to be distracted...

Kia America COO on the impact of the Inflation Reduction Act

Import auto brands have been...

BUSINESS LIVE: Bank profits on the up; Reckitt boosted by price hikes

What Is The Purpose Of Assessment? –