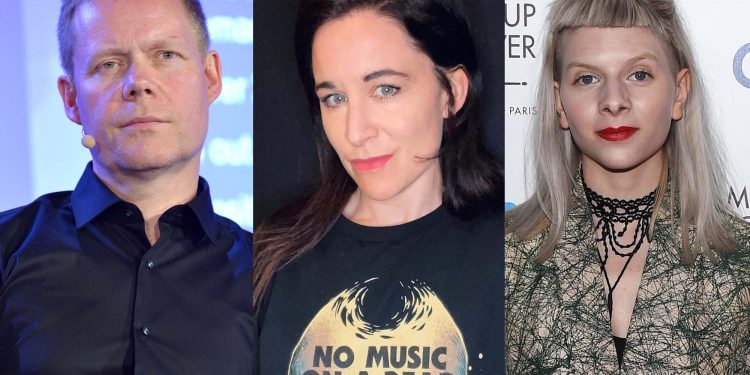 
AURORA, Max Richter, and more have been announced as guests on Fay Milton’s Sounds Like A Plan podcast, where they’ll discuss how the music world is responding to the climate crisis.

The podcast – hosted by the Savages drummer and activist, along with journalist Greg Cochrane – is set to return for its third season today (March 30) and is set to share 10 new episodes of conversations with music and climate change-makers.

The series will explore a broad range of topics including, bringing veganism to the live music experience, visiting one of the UK’s only “carbon positive” music recording spaces, the innovative collaborations happening between climate scientists and musicians, and how music can play a role in mainstream climate communication.

The podcast also plans to dig into the threat to indigenous people and culture in the regions most severely affected by extreme weather and the links between climate, mental health and songwriting.

“It’s easy to get dragged into feeling hopeless about the world, but there are also so many positive and beautiful things coming out of the challenges we face,” Milton said.

The music world is full of creative minds and when those minds get turned to environmental and social causes, all manner of wonderful things come out. Each interview has left me with a head full of new ideas.”

Milton has been heavily involved in climate activism for some time. In 2019, she co-founded Music Declares Emergency, a group of artists and other music industry professionals and organisation who “stand together to declare a climate and ecological emergency and call for an immediate governmental response to protect all life on Earth.”

Speaking to NME in 2019, Milton stressed the urgency with which climate change needed to be responded to, particularly by the government.

Milton added: “Our government aren’t responding, and that’s a huge thing… People are getting used to the word ’emergency’, but we shouldn’t – it really, really is an emergency. Every single day that we’re not doing something, it’s putting the world in more danger.”