Japan’s Mizuki Hashimoto of Japan added a second straight 68 to move to eight-under-par, where she was joined in tied-second position by Australian Kelsey Bennett (67).

India’s Anika Varma (68), one of only two players in the field not to drop a shot in the first 36 holes, was in solo fourth place at seven-under-par 137.

Korea’s Youmin Hwang (69), the highest-ranked player in the championship at number four in the World Amateur Golf Ranking (WAGR), and compatriot Jeonghyun Lee (68), the youngest in the field, were in a group of four players tied for the fifth place at 138. Australia’s Cassie Porter and Malaysia Ashley Lau joined them with three-under-par rounds of 69. 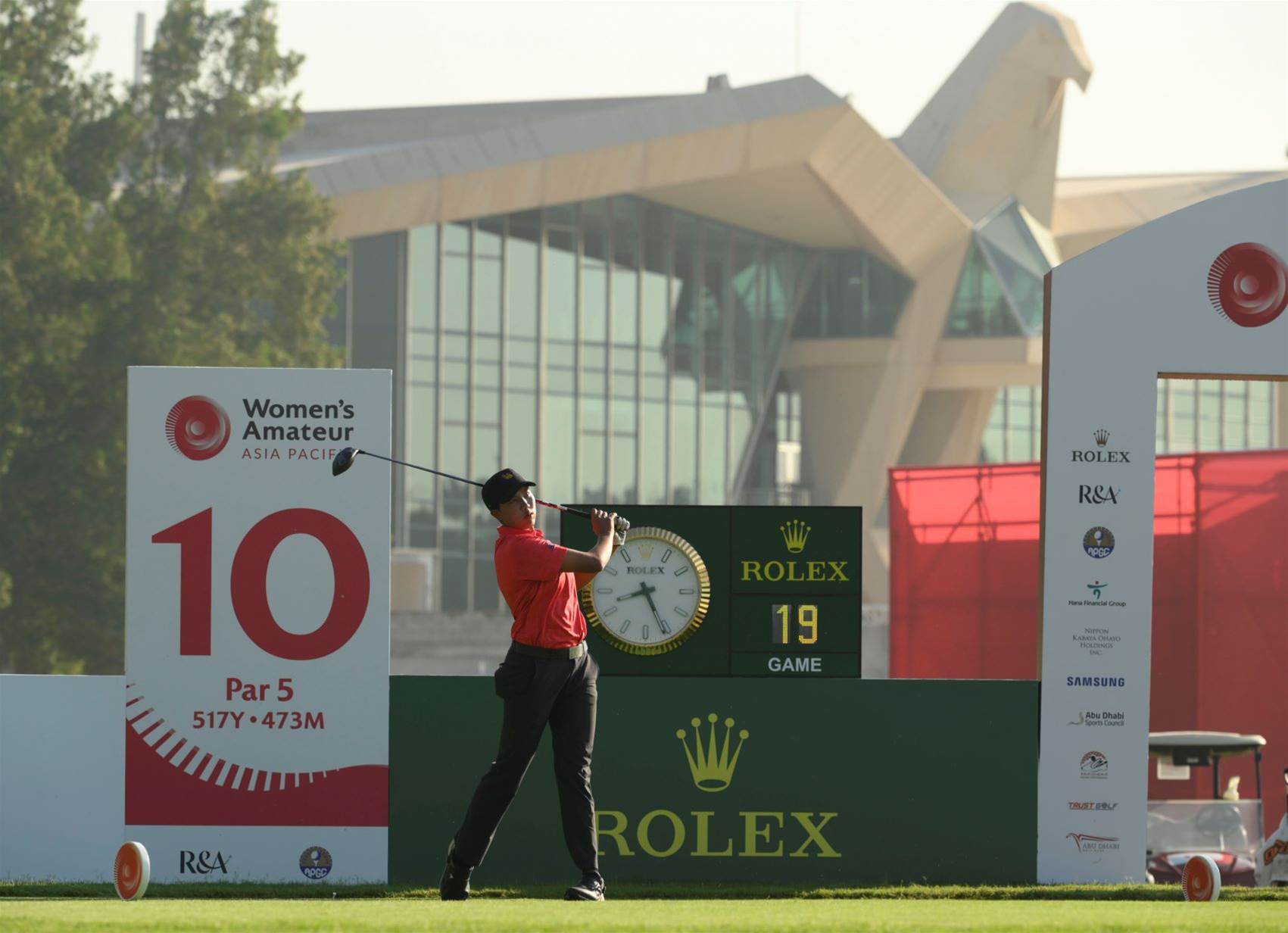 “I was not as nervous as I was in the first round. The first round gave me more confidence and I played very good golf and hit some very good shots during the round,” said Vongtaveelap, who made birdies on the 15th and 18th holes after starting from the 10th, and then added two more on the second and third.

“It was my goal to try and shoot a four-under round today and I am happy I achieved it.”

Hashimoto, the 19-year-old WAGR No.114 from Hyogo, started from the 10th tee and made the turn in one-under par with a birdie on the 14th, and caught up with leader Vongtaveelap at eight-under, before the Thai star added back-to-back birdies on the second and third to edge ahead.

“I played well today. My tee shots were much better than yesterday,” said Hashimoto. “My first goal was to make the cut this week and I’m so happy that I did that.”

Bennett, a 22-year-old from Mollymook in New South Wales, made a 30-foot putt from a long way off the green for one of her six birdies. She picked up four shots on her solid back nine, including a long birdie putt on the 18th hole.

“I was struggling on the front nine. My putting just didn’t feel quite right, but I got the hang of it on the back nine. I birdied 10, and it just sort of started me off. I hit a few close wedges, which were handy,” said the WAGR Number 207.

It was an excellent day on course for the Thai players with Kan Bunnabodee firing an eight-under-par 64 to move into the top-10 and equal the lowest round in WAAP history which was first set by Becky Kay of Australia during the first round of the 2019 edition played at the Royal Golf Club in Japan.

“I’m impressed that I could shoot this low score, this is my first time shooting 8-under,” said Bunnabodee, who recorded seven birdies in eight holes, starting at the fourth hole. “I actually didn’t think about making the lowest score in WAAP or anything. I was just enjoying myself playing golf, making some birdies, and it just kept scoring lower and lower. So it’s pretty nice.”

India’s Natalii Gupta, a nominated player of the Emirates Golf Federation (EGF), was the only local player to make the cut, adding a three-under par 69 round to her 74 on Wednesday. At one-under par total, she was tied for  26th place.

“I was struggling on the front nine. My putting just didn’t feel quite right, but I got the hang of it on the back nine.” -Kelsey Bennett.

“It was a good day on the golf course today. I think I had five birdies. I was just trying not to short-side myself and play aggressively to all my lines and just hope for the best,” said the 17-year-old Gupta.

“It is a huge honour to be representing the EGF. I’ve lived here in the UAE all my life. It’s incredible to be able to get an opportunity and then make the cut here.”

The halfway cut fell at two-over-par 146 with 51 players from 12 countries making it through to the final two rounds of the championship, with Aussie Maddison Hinson-Tolchard making it through on the number. Isabelle Taylor and June Song failed to make the cut.

It’s great for back pain, stability and balance