Aussie singer is swindled out of $3,000 and forced to film HOSTAGE video

Aussie singer was swindled out of $3,000 and forced to film HOSTAGE videos in slick scam sweeping Instagram – here’s how to spot the evil fraudsters

An Australian singer has lost $3,000 and been forced to film a hostage-style video in a scam flooding the internet which sees social media accounts hacked and used to promote crooked cryptocurrency schemes.

The nightmare began for Emma Tomlinson, 22, when hackers breached her Instagram account – which she uses as a tool for her musical career – and then used it to advertise a get-rich-quick bitcoin scam.

The Sunshine Coast singer said those behind the scam had been impersonating a close friend online, asking her to sign up to an online giveaway. 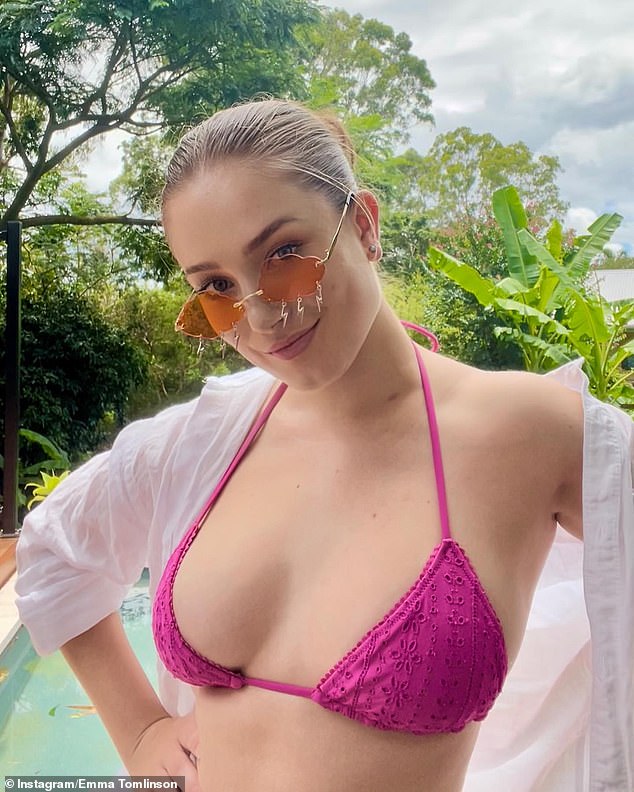 The singer (pictured) had her account  with more than 1,000 followers hacked and used to promote illegitimate cryptocurrency opportunities 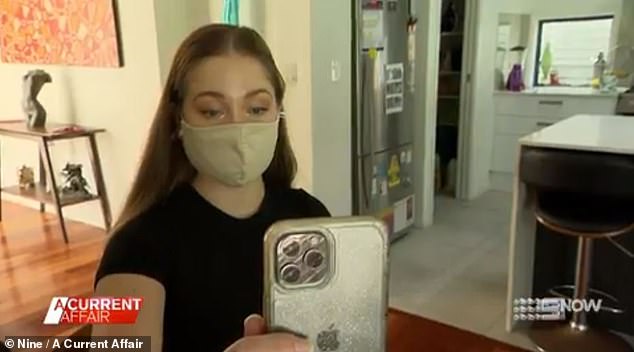 The hackers, still posing as one of her friends, then asked for her email address and ‘innocently’ Ms Tomlinson gave them ‘to her’.

But as soon as the hackers got the details – which are linked to her Instagram account – she was locked out of her profile.

‘I went into a state of shock. I couldn’t believe it had happened,’ Ms Tomlinson told A Current Affair.

The hackers told Ms Tomlinson they would give control of the Instagram account back to her if she filmed videos promoting a fraudulent cryptocurrency scheme and gave the hackers $200.

The videos Ms Tomlinson was made to film were intended to coerce her followers into joining a scam.

‘Hi everyone, I’ve just invested in bitcoin mining and received a profit in three hours … the business is legit and definitely worthwhile,’ Ms Tomlinson said in on of the videos. 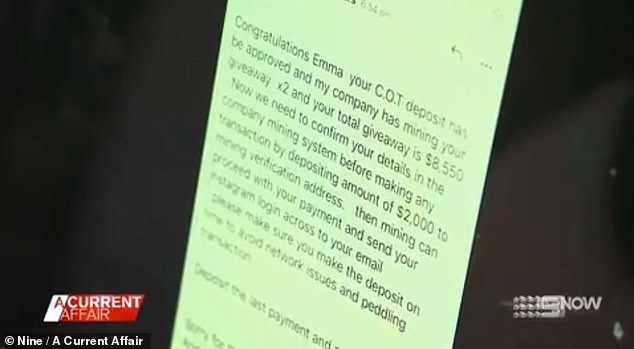 Scamwatch advice tells social media users to be careful with who they share their personal online information with as cryptocurrency scams took off during the pandemic last year.

Ms Tomlinson was then forced to send the scammers money through an encrypted crypto-currency ‘wallet’ app called Trust.

The saga, however, was not done there. After the hackers received Ms Tomlinson’s payments, they extorted her for further funds – reaching past $3000 in total – with a ‘sickening’ website purporting to sell explicit photos of the young woman.

Ms Tomlinson says though it sounds ‘very millennial’ the whole ordeal was ‘heartbreaking’, losing access to her account, which she uses to share her musical work, her followers and the control of her public image.

‘I had a very big breakdown. Yes it may be a social media account, but when it is a part of your business and you’ve worked eight hard years on it, building your audience, It was everything to me,’ Ms Tomlinson said.

Ms Tomlinson isn’t the only Australian to be scammed like this, figures from the ACCC showed a 172 per cent increase in losses between January and November 2021 to online crypto scams, totalling $109million. 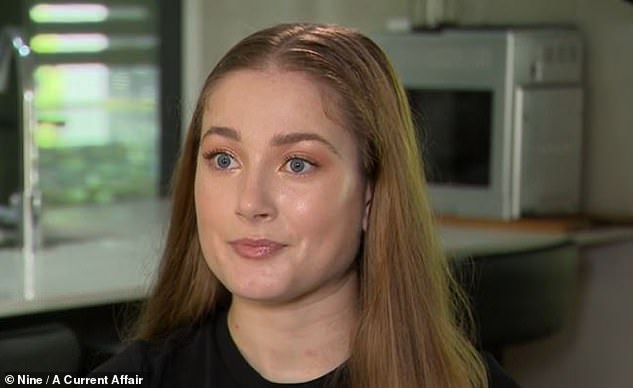 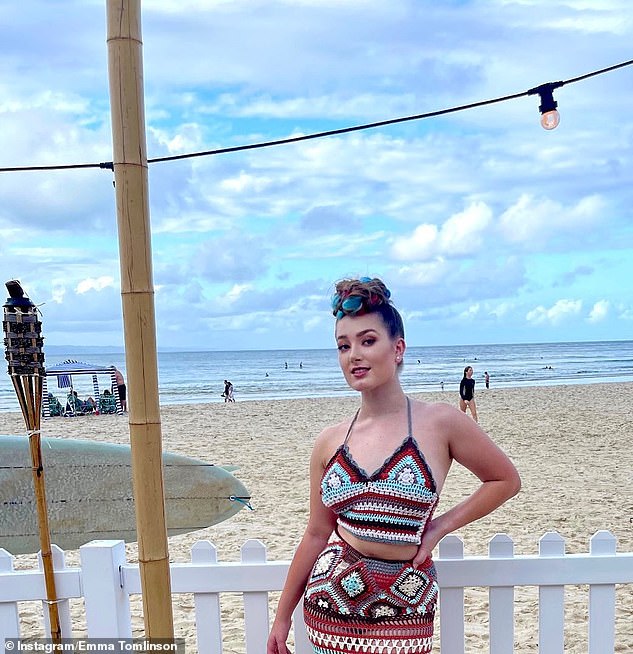 The singer did not know that she had shared her login details with hackers, not her friend, until moments later she was locked out of her account

The Queensland government warns social media users to to protect their online identities by never giving personal. banking, or log-in details to anybody you don’t know or trust.

For those who might see a convincing crypto currency ad on social media the ACCC Scamwatch website recommends checking if the business behind the opportunity is registered on the ASIC website, or if it is on ASIC’s list of companies not to deal with.

‘It is very difficult to identify legitimate cryptocurrency investments from scams. Scammers take advantage of the hype and the less regulated environment to ‘invest’ in Bitcoin or another cryptocurrency on your behalf,’ Scamwatch says.

They remind cryptocurrency hopefuls that before they invest they should be aware the investment will be made with little to no protection for the investment or investor.

ONLINE SCAMS – HOW YOU CAN PROTECT YOURSELF

Be alert to the fact scams exist

Make sure you know who you’re dealing with online

Don’t open suspicious texts, pop-up windows or click on links or attachments in suspicious emails, instead, delete them

Be careful which websites you share card details with online