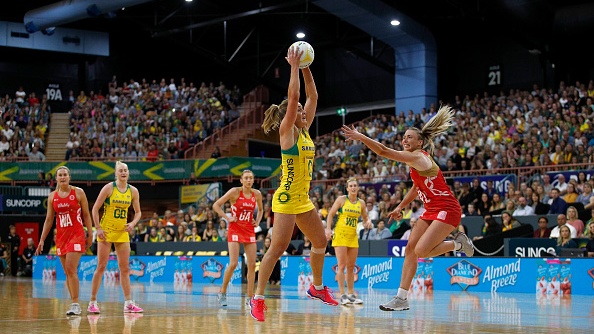 The three match Test series between Australia’s Diamonds and England’s Roses was due to start next month.  Dates and venues had yet to be released because of the current evolving travel restrictions.

The England Roses first arrived in New Zealand last month, ahead of their series with the Silver Ferns.  After fulfilling the 14-day quarantine, they then proceeded to play New Zealand in a first England series win on Kiwi soil.

There was much excitement about the subsequent series between world number three England and world number one Australia.  However, the closure of the trans-Tasman bubble on August 30, 2021 stopped the plans for England to travel with ease to Australia through that bubble.

Both federations have since worked to try to find a solution.  However, citing the travel difficulties as well as the health and wellbeing of the teams, coaches and staff, the decision to cancel the series has been announced.

“We are incredibly disappointed that this series will not go ahead,” Ryan said.

“We thank Netball England, Netball New Zealand and the state and federal governments for their support and unwavering commitment to play this series.

“The evolving COVID-19 restrictions meant that the Roses would have completed two quarantine periods during the series, which has significant impacts on health and wellbeing and performance.

“I am proud of Diamonds head coach Stacey Marinkovich and our athletes and staff for their commitment, resilience and understanding during these uncertain times.

“The athletes, performance team and everyone at England Netball are extremely disappointed that this series is not able to go ahead.

“Everyone had been so excited about the opportunity to take on the Diamonds and demonstrate the progress that we’ve been making as a team.

“We want to thank Netball Australia for their tremendous partnership in trying to make the tour possible.”

This is Australia’s Diamond’s second series to be affected this month.  The four-match Constellation Cup series against the Silver Ferns, which was also set to be held in October in both Australia and New Zealand, has been postponed.

The Diamonds for their part will now remain in camp for another two-week period on the Sunshine Coast.  Match-play and fan engagement events are being organized with Netball Australia who have stated that announcements will be made in the coming days.

It will be the first chance for Australians to see Liz Walton in her new position as Diamonds captain.  Walton is the 25th Australian woman to be given the honour, with Steph Wood being named vice captain.

Both were awarded the positions this past week after a selection committee comprised of Diamonds head coach Stacey Marinkovich, Netball Australia CEO Kelly Ryan and former Diamonds captain Liz Ellis AO as well as their own teammates voted on who should lead the team.

Age of Empires 4: an excellent RTS

Boxing Moments We Will Never Forget