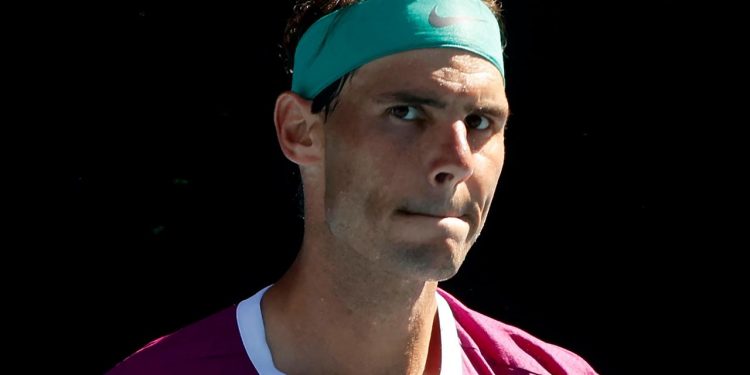 Few players have been willing to give their opinion on Novak Djokovic at the Australian Open but those who did, didn’t hold back.

Novak Djokovic may no longer be on Australian shores, but he was still a hot topic as the Australian Open kicked off on Monday.

Fronting the media on day one at Melbourne Park, many players were asked about the unvaccinated world number one’s controversial entrance and exit out of Australia.

While some have shown outright support, other tennis stars have refused to comment on the chaos that unfolded and resulted in Djokovic losing his fight to stay in the country and play.

Australian player Aleksandar Vukic went the “no comment” route with a smile on his face, while Japan’s Naomi Osaka threw a question back at the reporter.

“Is my opinion going to help anything?” Osaka asked, before stating she would “pass on that” when pressed further.

French player Gaël Monfils said he was just thinking about the tournament now.

But Spain’s Rafael Nadal, the only member of tennis’ Big Three to play at this year’s Australian Open, made sure it was known he was “tired” of the Djokovic saga as he spoke out more than most.

Nadal said he would like to see the best tennis players on the court, but acknowledged “the justice has spoken” and he would never go against that.

“The situation was a mess and he wasn’t the only one who did things the wrong way. But he is one of the responsibles too,” he said.

“On a personal level I’d like to see him playing here. If it’s fair or not whether he should be playing here that’s another discussion and I don’t want to talk about that.”

Fellow Serbian players weren’t so careful with their words.

According to Serbian teammate Dusan Lajovic, Djokovic has “a lot of support” from fellow players at the Australian Open, saying the way he was treated was “terribly wrong”.

“The top guys, I don’t know their opinions … I saw that some of the guys did support him,” he said.

“Many from the top did not, but maybe from their point of view they know that Novak is one of the favourites for the title, so for them they have one obstacle less in this case.

“But I think that there was a lot of support. When I talk to the guys, we talk in the locker rooms and all around the tournament, and from my point of view, the support was big.”

The man Djokovic was supposed to play, Miomir Kecmanovic, who demolished lucky loser Salvatore Caruso 6-4 6-2 6-1, also said the Serbian players had more to play for.

“We are motivated to ‘avenge’ Novak in a way, to make him feel proud,” Kecmanovic said. “He’s done so much for all of us, it was difficult to witness what he was going through.”

Another Serbian player Laslo Djere said he would never look at Australia in the same way again.

“To tell you the truth, I think not just Serbians, I think the whole world saw it and they probably will have a new or different opinion about Australia,” he said.