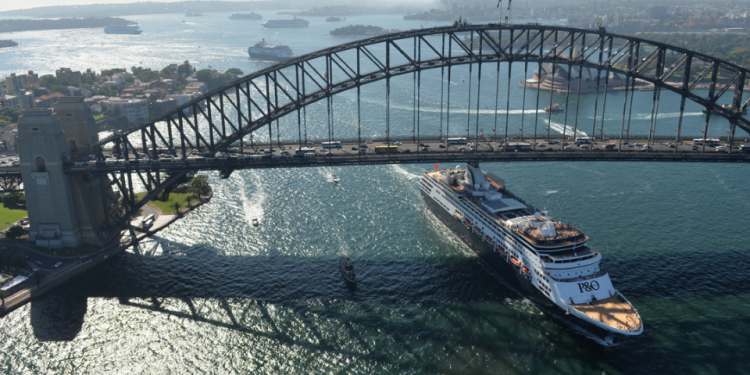 
In news that has been a godsend for the travel industry, from April 17 international cruise ships will be allowed to return to Australian waters for the first time since March 2020.

Not only is it good news for those working in the industry, but also for eager travellers keen to get back on the open seas.

One of those people is seasoned cruiser Kerri-Ann Herman from Tenterfield, just north of Armidale.

She and her husband Larry booked their first cruise in two years as soon as they heard the news.

“It’s so exciting – you’ve got no idea,” Ms Herman told The New Daily.

The couple, who have more than 40 international cruises under their belt, aren’t yet prepared to venture overseas again owing to insurance costs and pandemic risks.

However, they will voyage from Sydney to Cairns and back on P&O’s Pacific Explorer in August, which will be among the first domestic cruises to resume.

But it hasn’t been smooth sailing for everyone.

The uncertainty surrounding cruising and travel in general has meant that that some people have had to deal with cancelled cruises or changed dates.

Some Australian cruisers even say they’ve had trouble chasing refunds from travel agents.

Unlike other forms of travel, cruising is still largely organised through agents, and it makes up a hefty portion of their income.

The industry says the news – and the certainty of a restart date – is long overdue.

“Most other cruise regions around the world successfully resumed cruising many months ago but in Australia, I feel really strongly that between the state and federal governments, there was a blatant and total lack of understanding and respect for the cruise and travel industries here,” said Craig Bowden, managing director of the Cruise Traveller agency.

“The delay in restarting cruising here has cost an enormous amount of money, jobs and, quite honestly, mental wellbeing.”

P&O will cast off again on May 31, while Royal Caribbean, Carnival and Celebrity Cruises resume in October.

Most other cruise lines that operate in Australia will also resume later in the year.

But many international routes will still depend on when countries like Fiji and Vanuatu decide to open up.

“Our new schedule anticipates a return to the South Pacific from August, but we will be working closely with governments throughout the region, as well as our industry partners, to ensure this is possible and that we meet all local protocols,” said Marguerite Fitzgerald, president of P&O Cruises and Carnival Australia.

Diehard cruisers say the pent-up demand is already there.

“There will be so many people in this country that are just so excited for cruising to start up again,” Ms Herman said.

She described her upcoming cruise to Cairns as “baby steps” in the return to normality.

Eventually, she even hopes to bump into friends she has made on ships over the years.

She added: “Don’t ask me what it is about it, we’ve just got the bug.”