Australia’s iconic koala is on the brink of extinction

Scientists say Australia’s iconic koala is at risk of extinction due to stress on its immune systems caused by bushfires and habitat destruction.

Koala populations have steadily declined mostly due to disease – the most common reason that they’re admitted into care in the three locations – with chlamydia being the most common condition, they found.

But bushfires and destruction of their habitat by humans – to create new building developments, for example – have made koalas more susceptible to disease by stressing their immune systems. 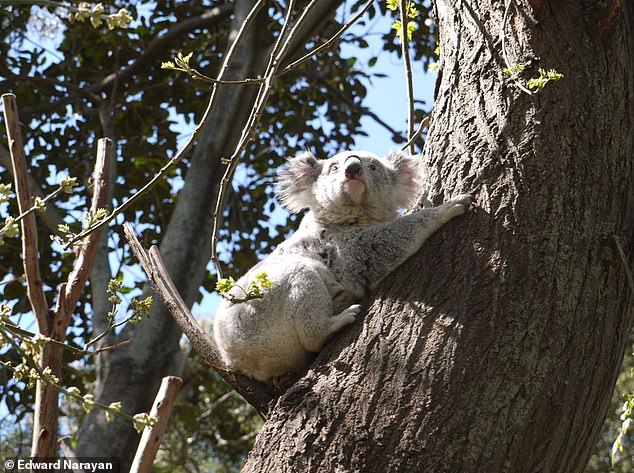 KOALAS ARE NOT ‘BEARS’

Despite being colloquially known as such, koalas are not bears.

They are actually marsupials, which means that their young are born immature and they develop further in the safety of a pouch.

‘Koala bear’ is still a common term due to their bear-like appearance.

Stress from these events triggers the production of a class of hormones called glucocorticoids, they say.

‘Any disturbance to an animals habitat activates the physiological stress response, and if said stressors do not cease, the excessive production of glucocorticoids can leave the animal with a compromised immune system and therefore likely to contract a disease,’ say the experts from Western Sydney University and the University of Queensland.

‘There is an urgent need to strengthen on-ground management, bushfire control regimes, environmental planning and governmental policy actions that should hopefully reduce the proximate environmental stressors.

‘This will ensure that in the next decade, beyond 2020, NSW koalas will hopefully start to show reversed trends and patterns in exposure to environmental trauma and disease, and population numbers will return towards recovery.’

Bushfires and habitat destruction caused by human activities have ultimately contributed to the decline of the koala all over Australia, they say.

In Australia’s metropolitan areas, meanwhile, dog attacks and vehicles are threats for the distinctive eucalyptus-eating species. 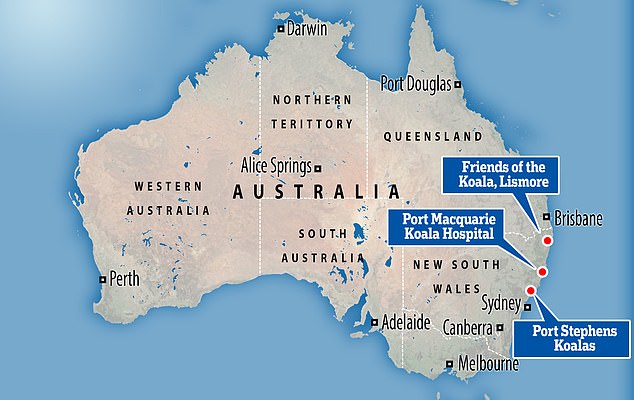 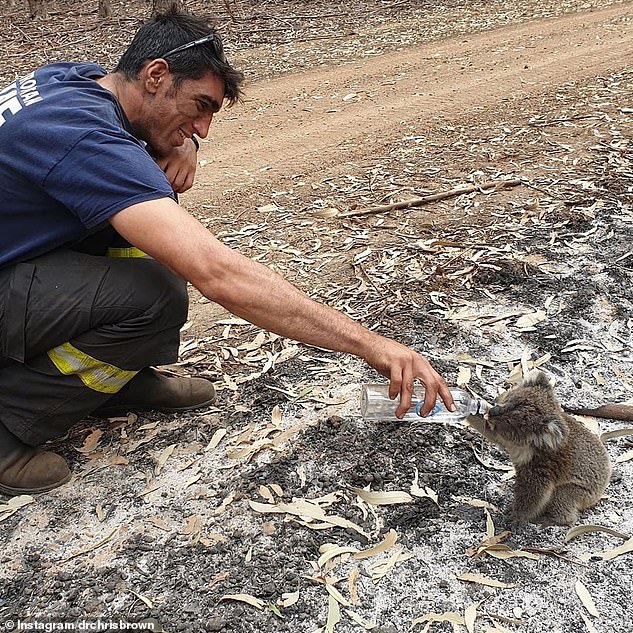 A firefighter giving a koala water during the summer bushfires. This photo was shared by Dr Chris Brown, a popular Australian veterinarian and TV personality in January 2020, who said offering a koala a drink from a bottle isn’t without risks, as water forced down their throats can easily end up in their lungs

Koalas are listed as ‘vulnerable to extinction’ by both the International Union for the Conservation of Nature (IUCN) and the Australian government’s Threatened Species Scientific Committee.

However, the species could be soon be officially uplisted from its current status of ‘vulnerable’ to ‘endangered’.

The data covered 1989 to 2018 and included 12,543 records of wild, rescued koalas, admitted to care in one of the three locations. 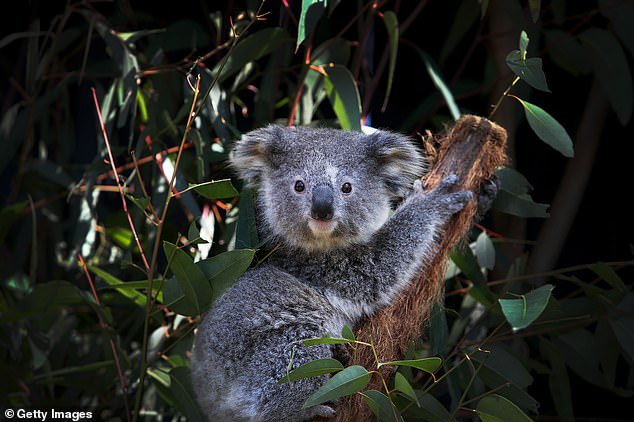 A young female koala fondly named ‘Ash’ is seen sitting on a Eucalyptus branch following a general health check at the Australian Reptile Park on August 27, 2020 on the Central Coast in Sydney, Australia

Analysis revealed that the most common reason a koala was recorded as a sighting or admitted for clinical care was disease – most often with signs of chlamydia.

Most koalas that were sighted or admitted for clinical care looked at in the study –29.74 per cent – were released back into the wild.

‘This study indicates that, between all three rescue sites, koalas are most often rescued due to signs of chlamydia, and the outcomes of the treatment were often favorable – with most koalas released back into the natural environment following treatment,’ said study author Dr Edward Narayan at the University of Queensland.

However, 17.44 per cent of the koalas in the study sample had to be euthanised.

Incidence of disease and euthanasia were generally found to increase over the long-term, while rates of successful release progressively decreased.

The team also found that the age of a koala was found to be a significant factor when it came to prognosis and recovery across all sites, while sex was not.

The regional area with the highest number of koalas found was Lismore at the very northeast of the state, near Byron Bay.

Graph shows the outcome recorded for each koala (as per sighting or admission into clinical care) for 12,543 koalas, logged as a percentage. 20.74 per cent were listed as released and 17.44 per cent euthanized

Lismore has a high level of human population growth associated with deforestation of koala habitat, the team say.

Data indicates a significant impact of human population growth on koala populations through a variety of stressors.

‘The long-term trends for these koala hotspots paint a picture of a steady decline in populations,’ said Dr Narayan.

‘However, it’s promising to see the majority of rescues – often undertaken by community groups and volunteers – have overwhelmingly resulted in the successful rehabilitation and release of koalas back into the environment.

The fact that disease increased in local populations and numbers of successful rehabilitation and release decreased highlights ‘the growing pressure care and rescue groups and their resources are under’, Dr Narayan said.

The study has been published in PLOS ONE.

A NSW parliamentary inquiry in June found at least 5,000 koalas died in the bushfires that ravaged the country during the last Australian summer.

NSW warned that koalas in the state could become extinct in 30 years unless their habitat is protected.

‘Given the scale of loss as a result of the fires to many significant populations, the committee believes the koala will become extinct in NSW well before 2050,’ the report said.

KOALAS COULD BE LISTED AS ‘ENDANGERED’ 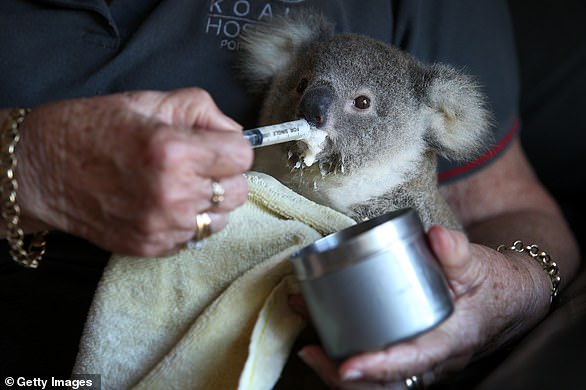 Koalas could be listed as a threatened species after federal Environment Minister Sussan Ley listed them in a recent assessment.

The combined koala population of Queensland, NSW and the Australian Capital Territory (ACT) – where the species is currently listed as ‘vulnerable’ – was publicly nominated for assessment. 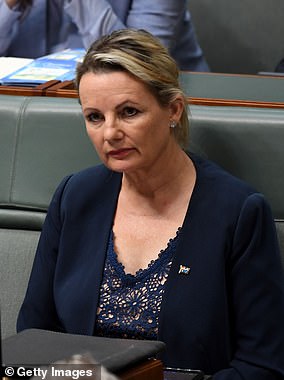 Koalas have faced a series of devastating threats including the 2019-20 summer bushfires, drought and habitat loss and degradation.

During the bushfires, Ley asked the Threatened Species Scientific Committee to consider the need for the uplisting of the koala’s status – a move now being considered.

‘I have decided that, in addition to the normal annual nomination process, that the committee will conduct a series of interim nomination and prioritisation processes over the next two years, with another in December this year and again in April 2021,’ she said.

The greater glider, a marsupial, is currently assessed as ‘vulnerable’ having lost about 30 per cent of its range in the bushfires, is also being reviewed.

The 28 species included in the initial ‘finalised priority assessment list’ for review include two reptiles, four frogs, seven fish, six mammals and 12 birds, bringing the total number of species being assessed to 108. 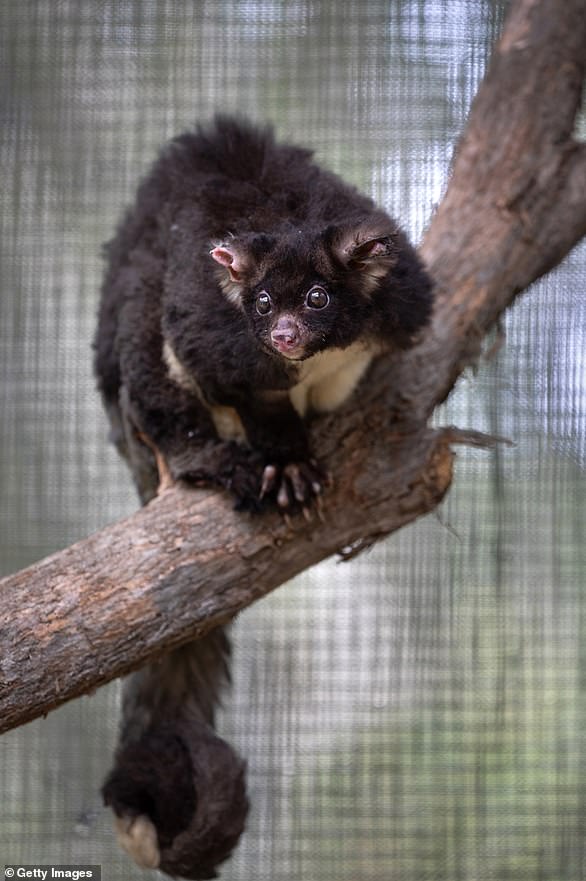 A greater glider seen here in Bomaderry, Australia. Greater gliders were once abundant along the east coast, but populations have crashed by 80 per cent in the last 20 years, according to Australia’s Wilderness Society

The committee will gather and review all information about the species, consult with expert scientists, Indigenous communities and land managers as they look at listing the species.

Threatened species in Australia are given strategic protection and are eligible for targeted funding.

The lessons WGA learned from its battle with agencies

Nikola dropped claim on truck weight after US investigations began