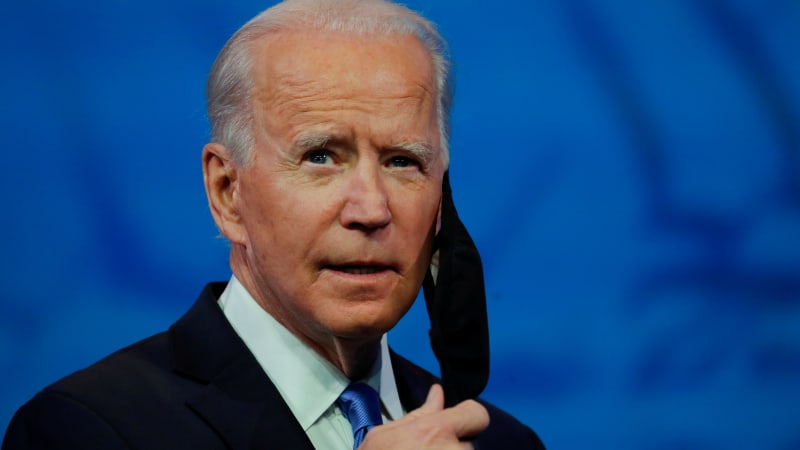 The requests, made in a six-page letter dated March 29, come as Biden is set to unveil on Wednesday his $3 trillion-plus infrastructure proposal that could include significant support for manufacturing and charging electric vehicles (EVs).

The letter from the UAW and two major auto industry trade groups noted there are currently only 1.5 million EVs out of 278 million registered passenger vehicles in the U.S.

“We need a comprehensive plan that takes the present market realities into consideration,” said the letter, which was seen by Reuters. “Neither the current trajectory of consumer adoption of EVs, nor existing levels of federal support for supply- and demand-side policies, is sufficient to meet our goal of a net-zero carbon transportation future.”

The White House did not immediately comment on the letter.

John Bozzella, who heads the Alliance for Automobile Innovation that represents General Motors, Toyota, Volkswagen and others, noted EVs account for just 2% of U.S. sales today.

“To fully transition is going to require an enormous effort across the economy in every sector,” said Bozzella who signed the letter along with Motor & Equipment Manufacturers Association CEO Bill Long.

Some lawmakers and others are worried about the impact of the shift to EVs on auto jobs.

United Auto Workers Union President Rory Gamble, who also signed the letter, said in a separate statement to Reuters “workers will disproportionately suffer if we do not get it right. The reality is that we have a long way to go in terms of battery technology, refueling infrastructure and, importantly, market demand in order to successfully make this transition.”

It called for government grants to automakers and suppliers “to reequip, expand, and establish facilities” for EVs and components and to “accelerate the domestic manufacture of batteries, power electronics (and) electric motors.”

Some Democrats in Congress want Biden to follow California and set a target date to end gas-powered passenger car sales. California plans to end those sales in 2035.

Last week, a group of 71 U.S. House Democrats urged Biden to set tough emissions rules to ensure that 60% of new passenger cars and trucks sold are zero-emission by 2030, while 10 U.S. senators urged Biden “to set a date by which new sales of fossil fuel vehicles will end entirely.”

9 Best Things To Do In Southampton, England – Hand Luggage Only