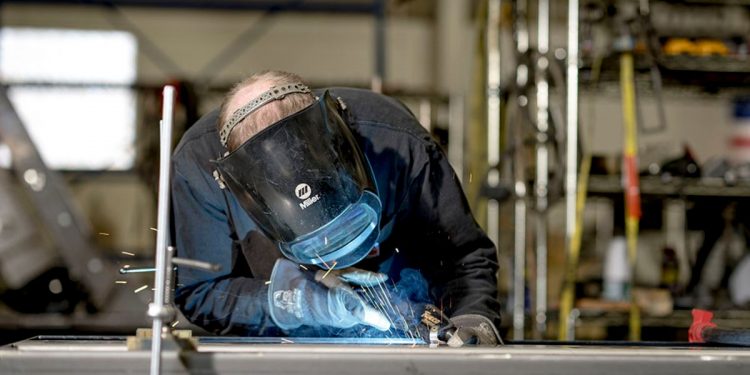 
“It’s a huge transition, and it’s a huge economic development risk for the state of Michigan,” Andrea said.

That risk is biggest for the lowest tier suppliers, said Kristin Dziczek, policy adviser at the Detroit branch of the Federal Reserve Bank of Chicago

“I think the bottom line is that everything is changing,” Dziczek said. “My worry about smaller firms that don’t do a lot of their own R&D, that don’t have a proprietary product of their own — they’re build to print. They’re dependent on volume. The volumes on the ICE side will be shrinking and not all of them are going to be ready.”

There is still business to be had in EV parts, but the pie is much smaller with the same number of companies clawing for a slice, according to the industry observers.

That makes Vancalbergh wonder if pursuing EV quotes is even worth it. Production Saw & Machine has landed some EV component supply contracts, including on the Ford F-150 Lightning, but they have come with challenges.

Generally, EV parts require far more precision, which would require investing millions of dollars in machine upgrades if Vancalbergh were to take on more EV business. Additionally, the order volumes are at least for now a fraction of those for ICE engines. A contract for an EV part typically ranges from 30,000 to 150,000 parts per year, whereas ICE orders are 600,000 to 2 million, he said.

“We’ve turned a number of jobs away for the EVs that just don’t fit,” Vancalbergh said. “There’s no way for me to get to point A or point B.”

The traditional engine continues to keep suppliers afloat — for now.

The automotive industry sold 15 million light vehicles in the U.S. last year, up 3.3 percent from 2020, according to the Automotive News Data Center, with nearly 90 percent of those deliveries being ICE powered. The demand for ICE engines has yet to decline sharply even as demand for EVs grows, making for a calm before the storm for suppliers, analysts say.

With gas car sales steady, from 2015 to 2019, revenue at Production Saw & Machine grew by 30 percent to $20 million, before the COVID-19 pandemic hammered sales and profitability, Vancalbergh said. This year, revenue is expected to be between $16 million and $17 million, with no way to go but down, he said.

Storch Products rode a similar wave of growth. In fact, its backlog of business has never been bigger. The company is on pace to sell twice as many magnetic conveyers, its core product for ICE engine parts, as last year.

“People are panic buying,” Carr said. “People are folding up left and right. The OEMs are just trying to get an order in.”

Carr knows that peak is also a cliff.

Hyatt Debuts in Czech Republic With Opening of Andaz Prague

What to do in the mortgage crunch and will rates keep rising? TiM podcast

What to do in the mortgage crunch and will rates keep rising? TiM podcast