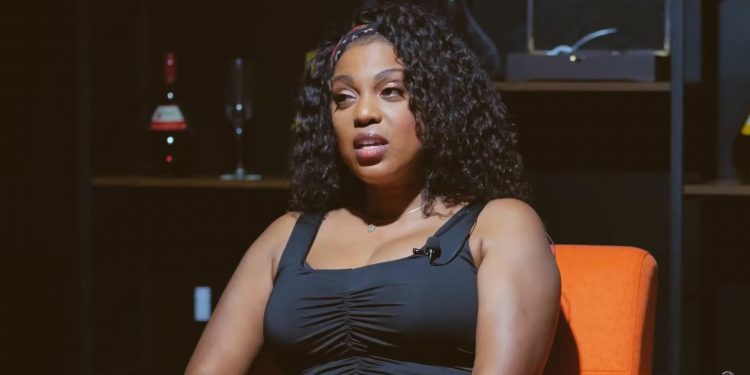 
Avonte Wright has garnered attention on social media following an interview with Tasha K in which she alleged she was in a “spiritual” relationship with Shawn Stockman.

So, who is Avonte and what are her claims?

Who is Avonte Wright?

Avonte ‘Cherie’ Wright is an actress and reality TV personality.

A native of Miami, Florida, she later moved to Los Angeles and pursued a career as a bathing suit model before appearing on the Spike TV comedy series Manswers.

She took part in the 2011 VH1 reality series Tough Love Miamiwhich was the fourth season of the show Tough Love.

According to her Instagram profile, she is a SAG/AFTRA actress. The organisation represents 160,000 actors, dancers and other artists from the entertainment field in the US.

Avonte is also the CEO of a company called Jus Breathe Box, which offers scented jewellery and aromatherapy products.

Avonte has come to the social media spotlight after her interview on the celebrity and entertainment YouTube channel Unwine with Tasha K.

Speaking to Tasha K, Avonte alleged that she had been the “spiritual” wife of Boyz II Men singer Shawn Stockman for nine years.

She claimed that she met Shawn years before he married his wife, Sharonda Jones, alleging that their “spiritual” relationship continued after Shawn’s marriage.

During the Tasha K interview, Avonte claimed that their relationship was brought about by Shawn’s faith which allegedly allows him to have more than one partner.

Avonte’s allegations have resurfaced again after they were initially brought with her appearance in the series Tough Love Miami.

“I got into the situation when I was younger,” she alleged speaking to Miami New Times back in 2012. “I was very insecure at the time. Sean and I were friends for 18 years, so when he introduced me into this new way of thinking and this whole new religion, I was ready to try something different. I loved him at the time. I had enough of the other woman and the whole situation, so I had to get out.”

HITC has reached out to Avonte Wright and Shawn Stockman for comment.

Shawn Stockman apologised to his wife before

Shawn Stockman hasn’t publicly addressed the claims made by Avonte but in 2016 he apologised to his wife Sharonda for “doing things outside of the marriage”.

In other news, ‘Lean’ meaning on TikTok and how to report dangerous trend