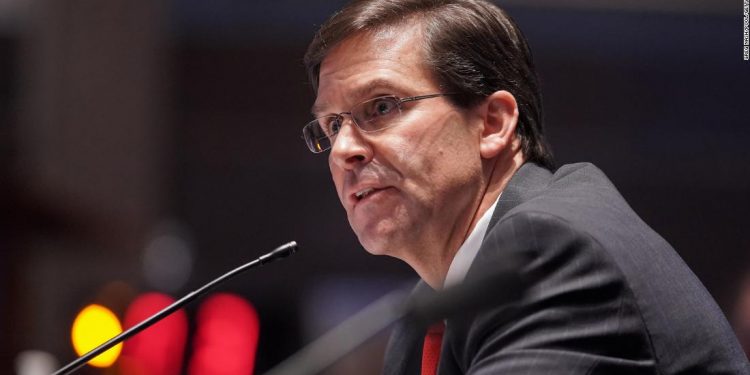 “Can’t you just shoot them? Just shoot them in the legs or something?” Trump asked, according to an excerpt in Esper’s book “A Sacred Oath,” Axios reported.

A representative for Trump did not immediately respond to CNN’s request for comment.

CNN has previously reported similar accounts, including those documented by journalist Michael Bender in his own book titled “Frankly, We Did Win This Election: The Inside Story of How Trump Lost.”

“Just shoot them,” Trump said on multiple occasions inside the Oval Office, according to Bender’s book.

When Chairman of the Joint Chiefs Mark Milley and then-Attorney General Bill Barr would push back, Trump toned it down, but only slightly, Bender adds.

“Well, shoot them in the leg—or maybe the foot,” Trump said. “But be hard on them!”

Earlier this month, CNN reported that the Justice Department reached an agreement to settle four lawsuits filed by protesters who were forcibly cleared out of Washington’s Lafayette Square during a racial justice protest outside the White House in 2020.

The US Park Police and the US Secret Service have agreed to revise their policies toward demonstrations and crowd control, according to a settlement filed in DC’s federal court.